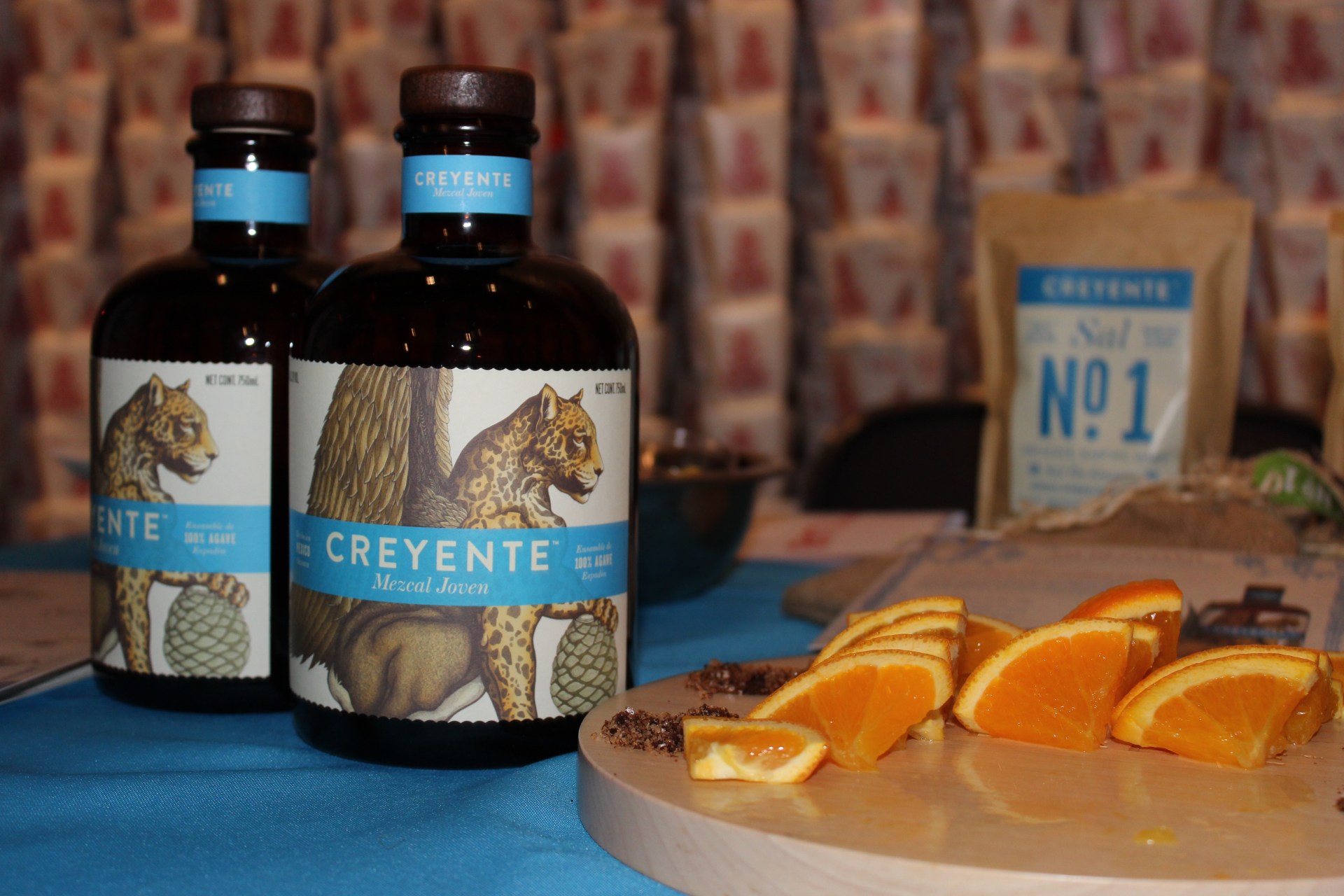 Some like it smokey, while others like it florally, but undeniably, Mezcal is the rising new hot spirit trend on this side of the border. The Museum of Food and Drink, better known as MOFAD, recognizes the importance of this popular spirit. On Thursday, May 4th, MOFAD along with the Mexican Cultural Institute of New York hosted Mezcal and the Taste of Oaxaca, on the first installment of the Spring Spirit Series with speaker Danny Mena who educated the crowd on Mezcal just in time for Cinco de Mayo.

Danny Mena, the executive chef of New York City’s Hecho en Dumbo and the speaker of the night, wowed the crowd with his extensive research on Mexican food. He’s been hailed as one of New York City’s top Mexican chefs and he proved to the audience why. Did you know that Mezcal is considered Moonshine!? That’s how it began. It hails from the agave plant, just like its cousin tequila. There are different types of mezcal including artisanal and traditional, and our guide Danny explained the origins and the processes of this delicious spirit.

As avid tequila and mezcal drinkers believe there is an agave shortage. Danny quickly challenged this by pointing to the fact that recently massive amounts of agave have been planted for harvesting later. Ironically, the amount of agave will become so great, according to him, that we will see farmers planting more corn. Simple supply and demand.

Okay, so time for the fun part — TASTING!  There were three unique mezcal brands, each one carrying a different flavor. First was Mezcales de Leyenda table, which offered two different expressions of Mezcal: smoky and fruity. Both were smooth but were entirely different in terms of flavor and region of origin.

The tasting also included Mezcal Creyente, which is paired traditionally with oranges. Everyone at the table had a choice of four different types of worm salt to dip their oranges in. The group was instructed to have a shot of tequila and then eat their orange covered with salt. I preferred the spicier salt myself.

Mezcal Creteyes wasn’t the only one featuring oranges with tasting salt. Merci Mercado also had a table of a variety of different salts with oranges for tasting. Yum!

Casa Mezcal provided the artisanal Los Amantes Mezcals: Joven and Anejo.  The Joven had fruit tones and mildly smoked with citrus and sweet flavors that were slightly metallic and herbaceous. The Anejo had wood scents, aromas, and tastes of vanilla, coffee, caramel, and floral. Translation: They were very good. There were antojitos to eat from Casa Mezcal, including sopes with bugs on top. No worries – there were shrimp ones too for people not as adventurous, but both were equally delicious!

Lots of oranges and salt

Prior to the presentation, the reception area was open to ticket holders to taste the different Mezcals also. As they say… the early one catches the worm!

This was the first of MOFAD’s spring cocktail programs. If you missed it, there’s The Vodka Contract about the fascinating story of Polish vodka came to the U.S. which sounds just as yummy as the Mezcal.