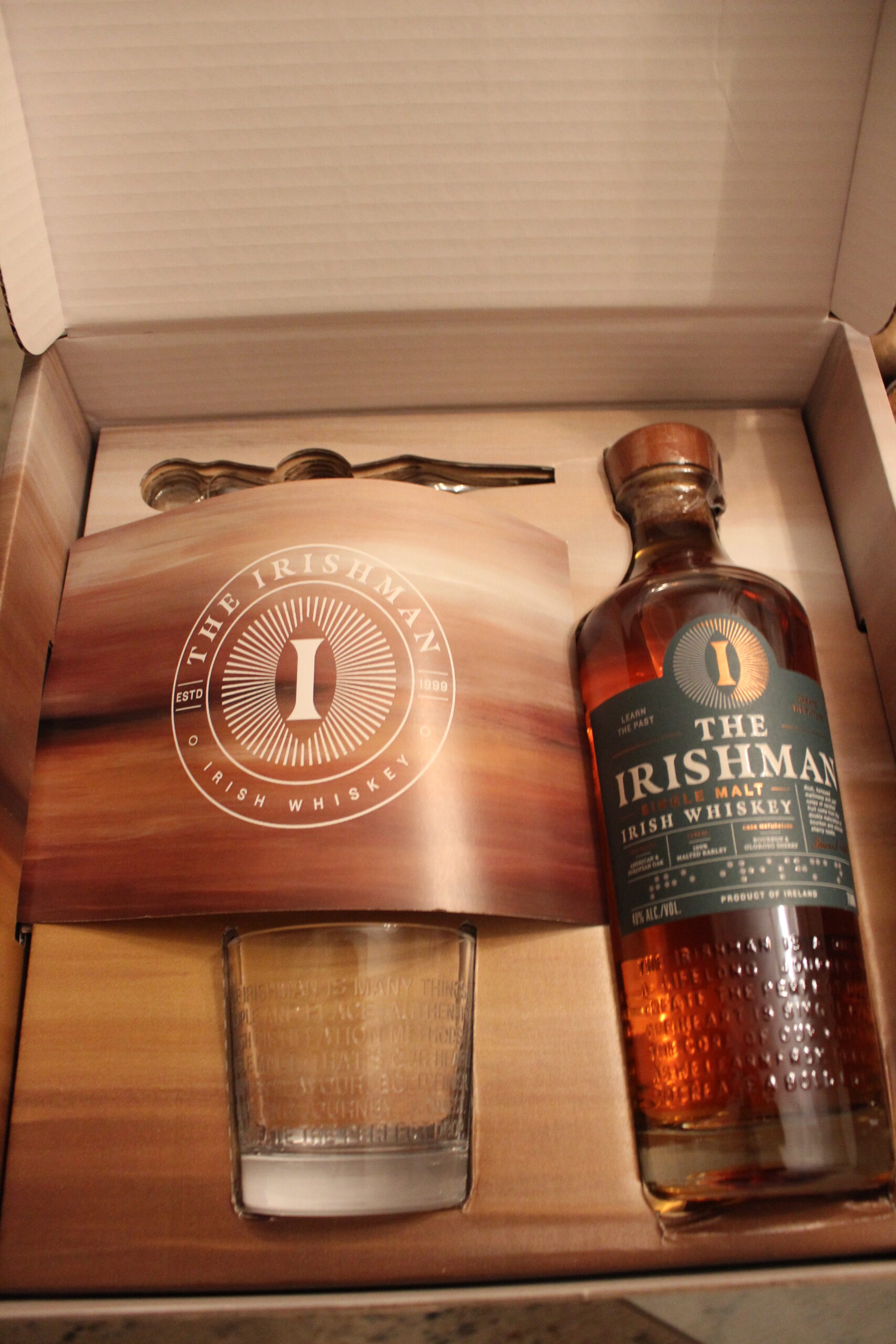 The Irishman® range of super-premium whiskeys, produced by Walsh Whiskey and imported by Hotaling & Co., is launching a new bespoke bottle design and extensive rebranding across the entire range in the U.S. Reflecting its dedication to the pursuit of excellence within the Single Malt category, the over $500,000 rebranding investment includes an entire redesign of The Irishman’s bespoke bottle, labeling and packaging, created by HERE design agency in London.

This investment by Walsh Whiskey includes the commission of the new bottle design, brand redesign, production, and a range of marketing initiatives. The rebrand will support the whiskey brand’s target of doubling sales across its 50+ markets within five years.

Announcing the renewed focus on single malt with the brand redesign, Walsh Whiskey founder Bernard Walsh said: “As the Irish whiskey category continues to develop with increasing variety, it is important that we are clear in our proposition to whiskey consumers and this redesign is testament to that dedication. Our message is simple: The Irishman will always be single malt focused and that it will always be triple distilled to leave a lasting impression.”  He added: “We respect and honor Ireland’s great distilling heritage, while also exploring exciting new innovations using rare and unusual woods and finishes, as well as cereal varieties, to influence the single malt spirit. In the generational pursuit of whiskey excellence, our quest for the perfect dram, or taoscán [tay-scawn] of single malt, is just beginning and this redesign in the next step in our ongoing journey.”

The most striking change in The Irishman rebrand is the introduction of a bespoke, tall, tapered bottle with the addition of a cork seal, affirming the super-premium nature of the whiskeys. The bottle has strong whiskey cues, including broad ‘shoulders‘ and a tapered base. A significant feature of the bottle is a series of embossed phrases around the lower part of the bottle that capture the essence of The Irishman’s focus and purpose, which is ‘to pursue a lifelong journey in search of the perfect dram, while respecting past traditions with ambition for future possibilities.’

·         A new brand icon is one of three very distinctive features on the label and product packaging. The icon, which features a capital letter ‘I’ (for Irishman) inside two-tone staves of a barrel, signifies The Irishman’s journey to learn from the past while creating the future.

·         A new color palette of understated cream, green, grey, blue, and burgundy is applied to the labels of the six core expressions of The Irishman range.

Other unique and notable features of the new labels are the addition of braille for the visually impaired and nutritional information on e-labels positioned on the back of the bottle and online. The braille highlighting The Irishman’s brand name, is also a personal tribute by Bernard Walsh to the memory of his own grandfather, Jack Walsh, whose loss of vision made a lasting impression on his grandson.

There are also changes to the composition of the range, with a change of name for one core expression and the addition of a limited edition to the core of the portfolio.

The Founder’s Reserve blend (70% Single Malt & 30% Pot Still) has been renamed The Harvest. This expression, a truly unique blend of two premium styles of whiskey, started life as the first ever whiskey created by Walsh Whiskey’s Founder. The renaming of this core expression as The Harvest honors the great contribution of the farming community in the whiskey-making process. The whiskey is crafted entirely from a mash bill of 100% Irish barley.

The Irishman Single Malt Whiskey has an ABV of 40% with a suggested retail price of $54.99. The new bottle is now shipping, rolling out nationally over the summer and available online at ReserveBar.com.

For more details about The Irishman, please visit https://www.walshwhiskey.com or HotalingandCo.com

« Starry Night in the Tower Cocktail