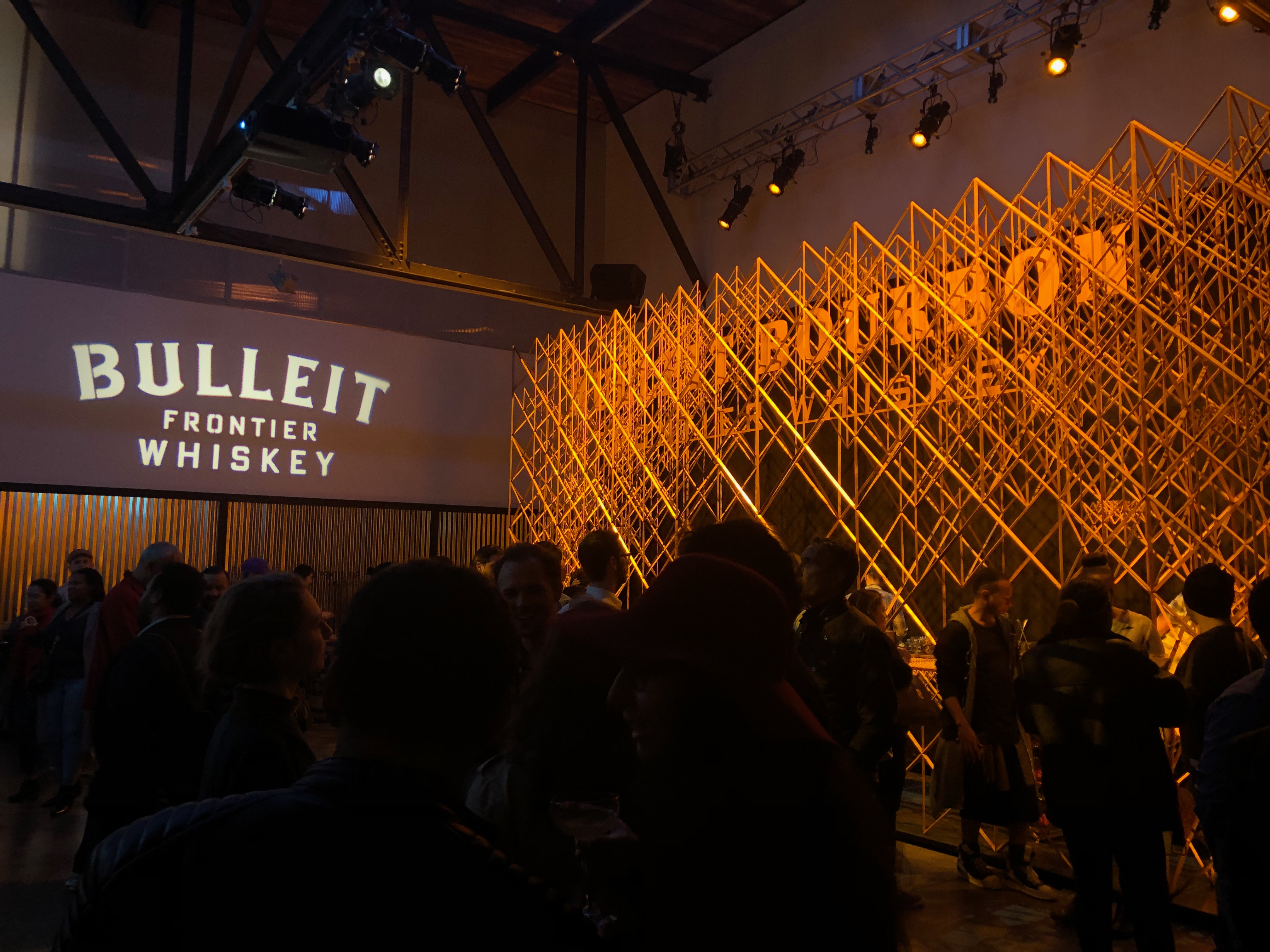 I was super excited when I received the invite to Bulleit’s Lounge at the Tribeca Film festival. I knew it would be good but didn’t know what to expect!

Bulleit returned for it’s second year to the Tribeca Film Festival in NYC on April 26th, bringing its latest Frontier Works project – the Bulleit 3D Printed Frontier, an immersive and intimate 3D printed whiskey experience – to one of New York’s hottest cultural events. In collaboration with the architecture and design practice FAR frohn&rojas and fabrication team at Machine Histories, Bulleit transformed Studio 525 into an experiential lounge, highlighted by a jaw-dropping 3D-printed bar. The bar served some of the world’s first 3D printed cocktails featuring award-winning Bulleit bourbons and ryes, courtesy of robotics pioneer Benjamin Greimel. The space was brought to life with music from cutting-edge New York-based DJs, Odalys and Angel and Dren, as well as a series of high-tech lighting projections featuring some of the hottest films debuting at this year’s festival. Obviously, the 3D printer was the main draw. I created an ice cube in my shot glass to create “ice” but there were so many great designs including my favorite the Local which lasered NYC letters into the drink.

There were other amazing experiences that night as well. The bar was made completely out of a laser printer. The cocktails includede a whiskey sour and a manhattan, which are my absolute favorites! Another bar included old fashioneds on tap that were absolutely declicious.

IAn amazing part of the whole night was the speakeasy experience. A few people went uptairs and enjoyed a few amazing bulleit spirits straight. It was lovely and intimate.

Overall, it was the perfect way to enjoy a Friday night. Cheers!