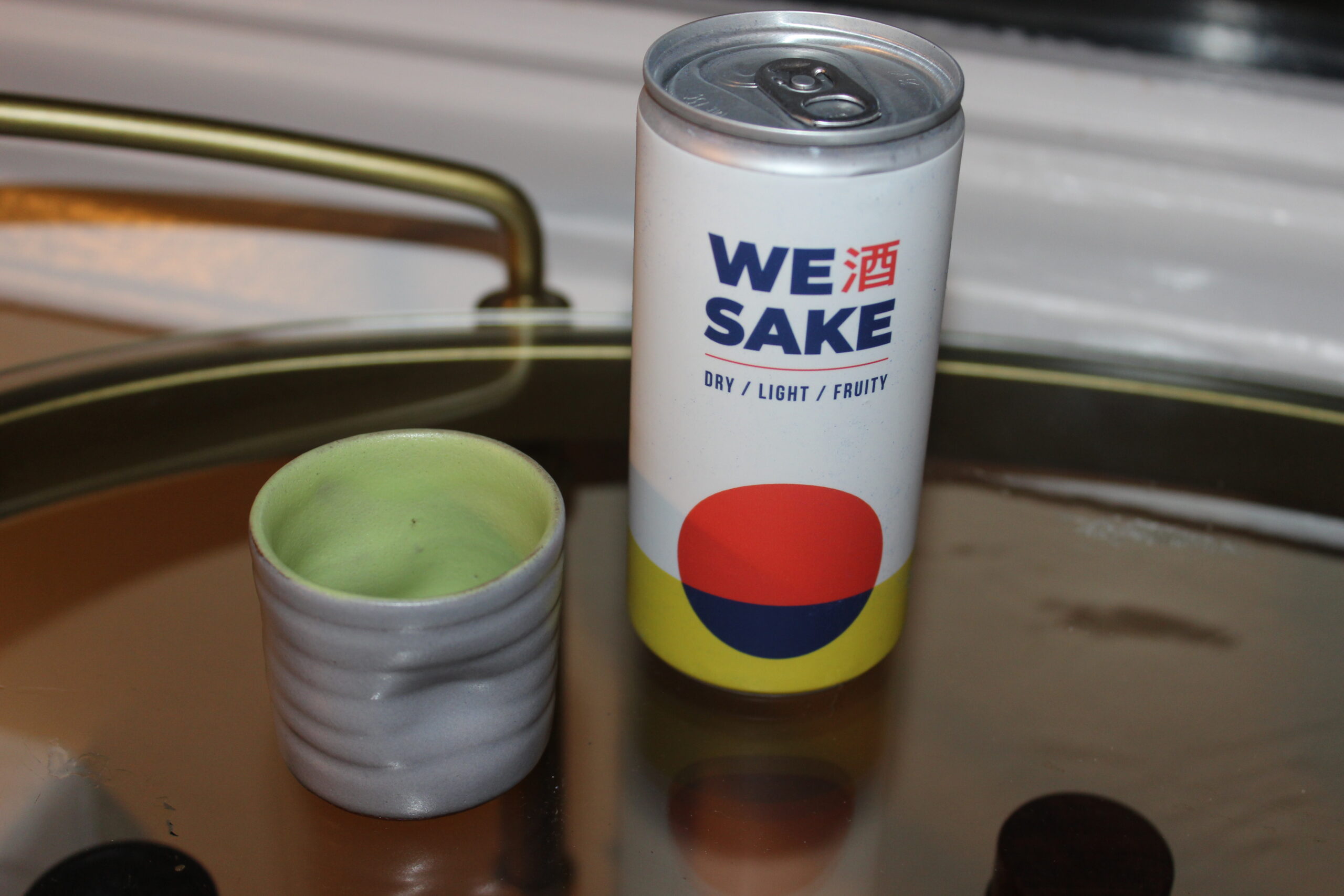 Sometimes I wish sake was more accessible to make it easier for consumers to…well… consume.

The sake category is often mysterious to American drinkers (you can find sake basics HERE), and WESAKE seeks to get consumers exploring the unique space that sake fills: less acidic than wine, lighter than beer and gentler than spirits. WESAKE was born out of a love for a truly impressive beverage that is a versatile option for any social occasion. WESAKE is a Junmai Ginjo-style – like all sakes in the Junmai category, it is made with only four simple ingredients: rice, water, yeast and koji (a Japanese fermentation starter).

This simple sip joins the market as a “better for you beverage” designed to be enjoyed at rooftop parties, small gatherings, nights out and well, just about anywhere.

It’s best consumed chilled and meant to be shared with family and friends.

How is WESAKE Made? WESAKE begins in the rice fields of Tagocho, Japan, where rice grains are carefully grown by local farmers for six months.

The rice is then transported to the brewery in Kobe, Japan, an area famous for sake brewing given its climate and pristine water sources.

It is brewed Junmai Ginjo style because it’s elegant enough for seasoned sake drinkers, but also bright, fun and easy for all those who are starting to drink it.