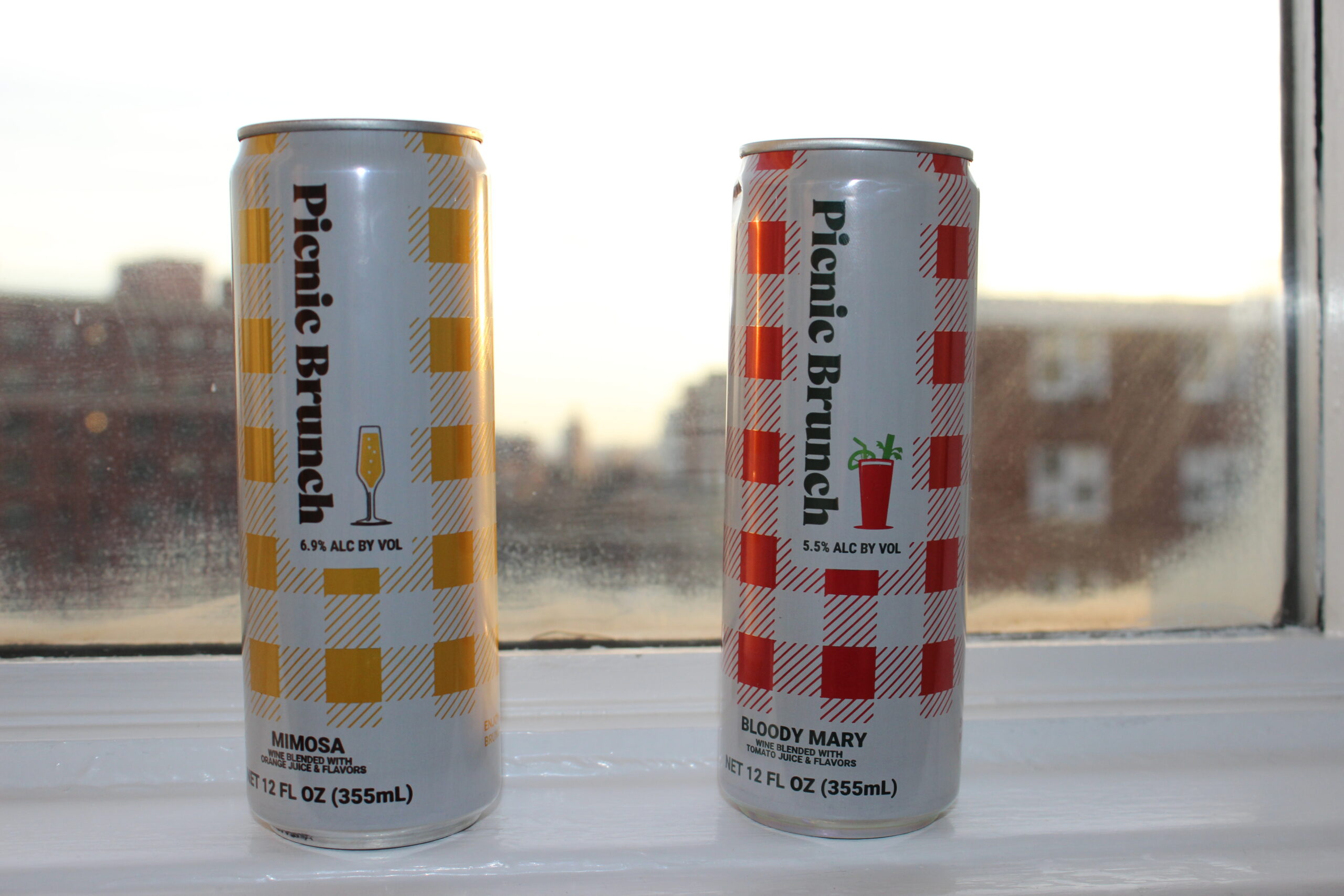 The canned cocktails will be made available in select markets starting this month including Portland, Sacramento, and the Bay Area through Running Man Distributing and Mindful Distributors, respectively.

The Mimosa is 6.9 percent ABV and is made with orange juice, dry white wine, filtered water, and other natural ingredients. Best served chilled, the Mimosa is available in packs of four 12 oz. cans.

The Bloody Mary is 5.5 percent ABV and is made with tomato puree, orange wine, filtered water, cane sugar, and other natural ingredients. Similar to the Mimosa, the Bloody Mary is available in packs of four 12 oz. cans.

Originating from a desire to make picnics and picnic cocktails more accessible and relaxing, co-founders Josh Meyers, Matt Meyers, and Chris Romanoski started the brand following a particularly disastrous brunch outing in Battery Park in Lower Manhattan. Acknowledging the difficulty of mixing cocktails on the go, the team developed canned, shelf-stable, versions of their favorite brunch-time drinks so both themselves and others could enjoy a more leisurely afternoon than they did.

“What started off as a joke about solving our own problems for our picnics ended up evolving into something much greater,” said Josh Meyers, co-founder of Picnic Brunch. “We got caught up in the joke, which eventually became a serious idea, and a year later we were finalizing the recipe. We couldn’t be more excited to finally have solved this inconvenience not only for ourselves, but for everyone.”

“Making cocktails and having picnics just don’t mix, we had to learn that the hard way,” said Matt Meyers, co-founder of Picnic Brunch. “They’re a match made in heaven, so when you take the actual effort of making drinks out of the equation you’re left with the perfect ‘picnic’ brunch.”

“Turning our mess of an afternoon into a product might be one of the best things we’ve ever done,” said Chris Romanoski, co-founder of Picnic Brunch. “We didn’t stop at just getting a decent Mimosa or an okay Bloody Mary in a can. The recipes we worked on are truly replacements for the cocktails we hoped to make that day, We didn’t want to settle that day for our picnic, and we don’t want consumers settling when it comes to their brunch cocktails.”

Picnic Brunch products are produced and canned in Saint Genevieve, Mo., the heart of Missouri’s historic wine country. Additional markets will be announced in the near future.