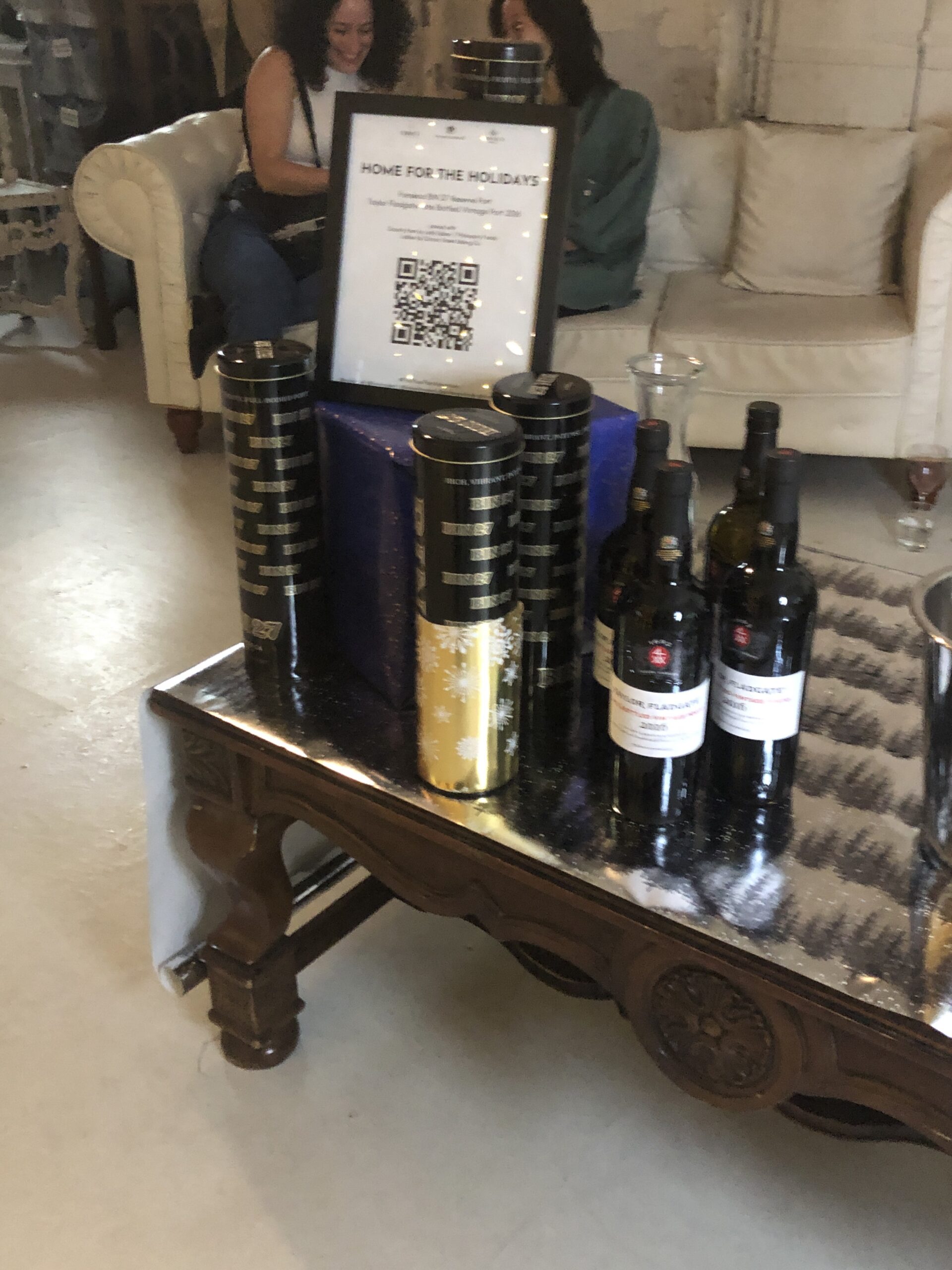 On October 20th, I was invited to an immersive experience hosted by Taylor Gladgate, Croft and Fonesca Port where I discovered my inner port explorer.

As I entered the room, I was greeted with an empty glass to take with me on my adventure. The room was separated into 5 different stations. First up was Bring it To Brunch. This station was set up, picnic style. I had the choice of Taylor Fladgate Chip Dry & Tonic, Croft Pink & Tonics, Croft Pink-Taylor and Fladgate Chip Dry White Port. I truly am a fan of Croft Pink and was excited to see it. Egg savories by Frenchette Bakery and Pastries by Zoe Kanan.

The Trick or Treat section paired some great Halloween chocolate classics like Reeses and butterfingers with Croft Reserve Tawny.

The last area was the Home For The Holidays, where Fonseca BIN 27 Reserve and Taylor Fladgate Late Bottled Vintage Port were served. We indulged in Country Ham by Lady Edison and Philosophy Foods Latkes and Biscuits by Clinton Street Baking Co.