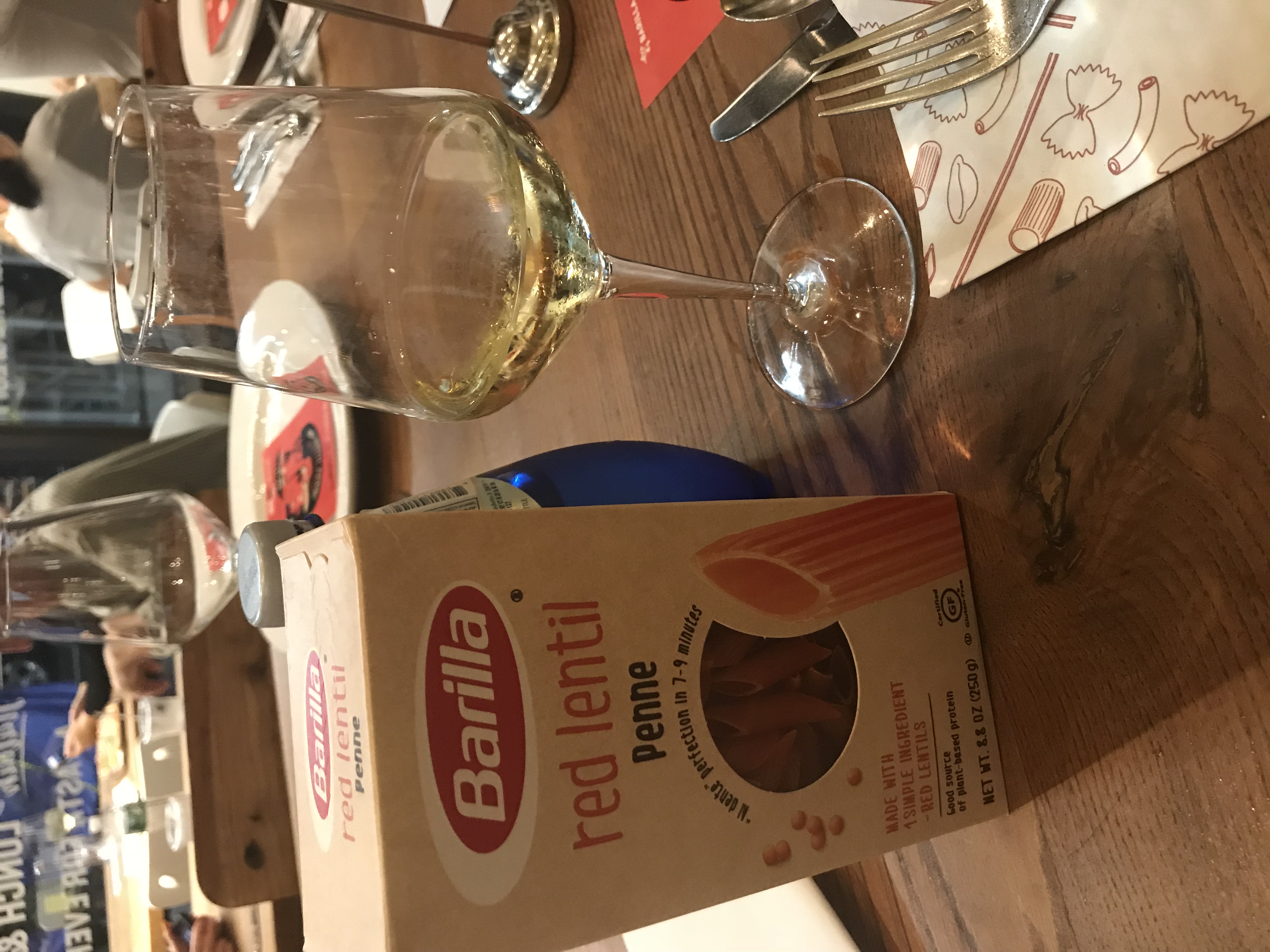 I’ve been trying to eat healthy and avoiding foods that will cause inflammation, but I’ve been missing one very important food staple. Pasta!

Fortunately for me, Barilla’s NYC location announces a partnership with Thug Kitchen to debut a new limited-time menu item featuring Barilla’s new Red Lentil Penne and Sundried Tomato Pesto made with Calabrian chili, garlic and toasted almonds.  The new red lentil penne is made from just one simple ingredient: red lentil flour, naturally rich in plant-based proteins and fibers. I knew I needed to investigate.

I join a few of NYC’s top writers and bloggers for a tasting. I was greeted with white wine and a box of Barilla’s Lentil Pasta on the table.

First up, a light salad to curb the after-work cravings. After some nice chats, the main attraction, the lentil pasta was finished! We all gathered to watch the plates being garnished before they were served.

The pasta was delicious. It was something totally new to me. I could taste the heavy enriched protein and didn’t feel the guilt after. It was also topped with almonds, which I never really knew could be perfectly matched and top off pasta. I became hooked.

Up close and personal!

To finish off the night, a tiramisu!

I left the restaurant wanting more lentil pasta in my life. This promotion ends at the end of October, but it won’t be the last time I have Barilla’s, Lentil Pasta.