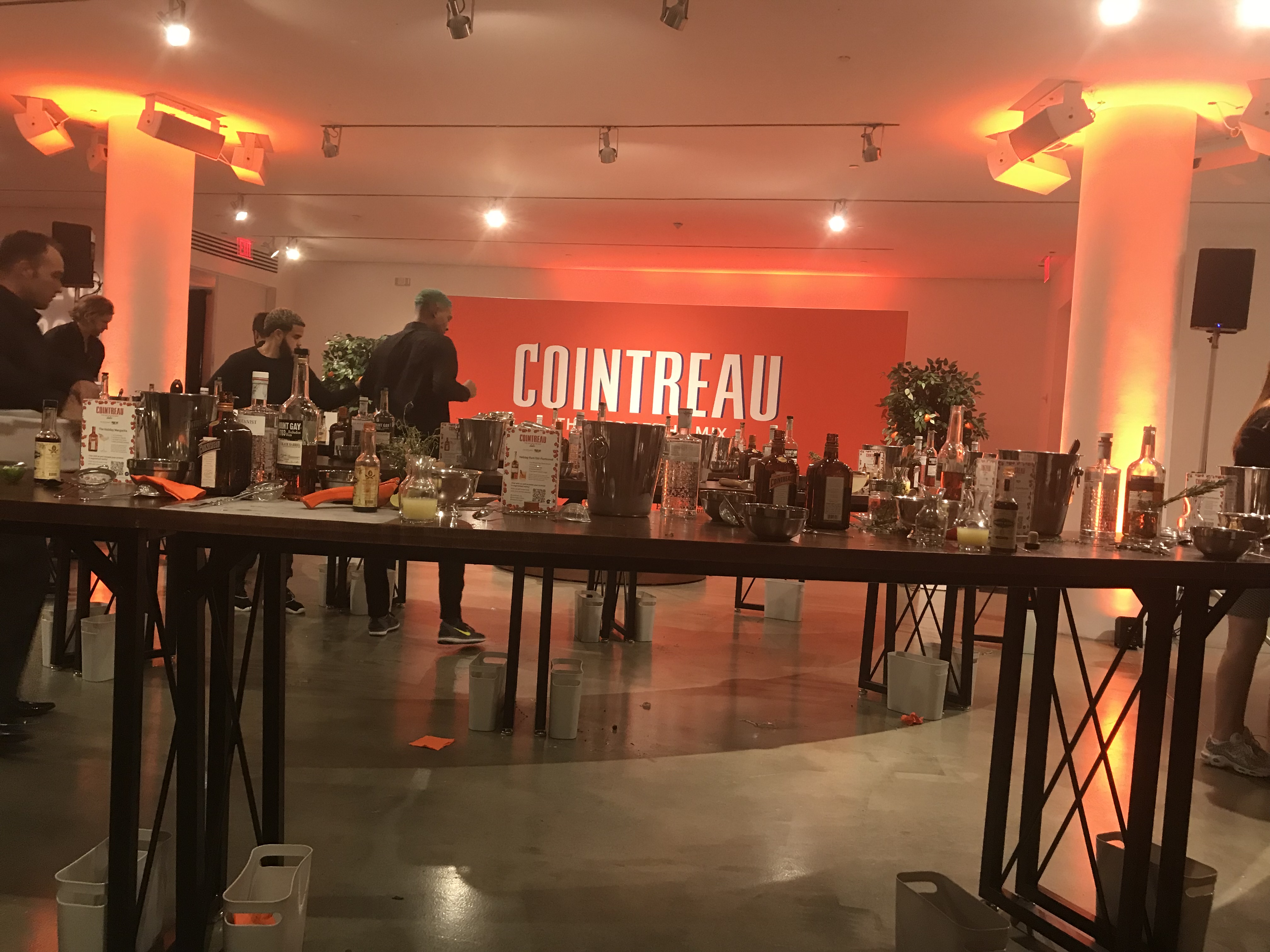 Me with a huge bottle of Cointreau

You know how much I love to mix up a good drink! I recently went to Cointreau’s interactive cocktail class celebrating The Art of the Mix at Milk Studios. And wow. Those were some good cocktails!

When I got there, I was greeted with Cointreau cocktails mixed with The Botanist Gin and Mount Gay Rum. They were delish. While waiting for my mix session to begin, I took the opportunity to take some photos with some of the coolest sets. One was a blown up margarita with a Cointreau bottle, which looked so fun. The other room had a branded The Botanist swing. Soon after, it was time to go craft some cocktails!

We were ushered into a room with a beautiful Cointreau set up. This curated cocktail-making session, led by the master mixologist, gave me inspiration for my next at-home gatherings. The session included cocktail recipes from Remy Cointreau’s crafted spirits, The Botanist Gin and Mount Gay Rum.

First, we made the Holiday Margarita.  This was like your typical marg but with Cointreau, thyme and a cinnamon sugar mix. Omg. I hope to make this at my next holiday party. Who said Margs were just for the summer time?

Next up, I stirred up a Blackberry Thyme Bramble. This was made with The Botanist Gin with Cointreau and was truly my favorite sip of the night.

Last but not least!  The Holiday Rum Old-Fashioned with Mount Gay Rum. It was strong but yummy.

I really enjoyed learning some of the techniques used to make these cocktails and look forward to making them for my next event.