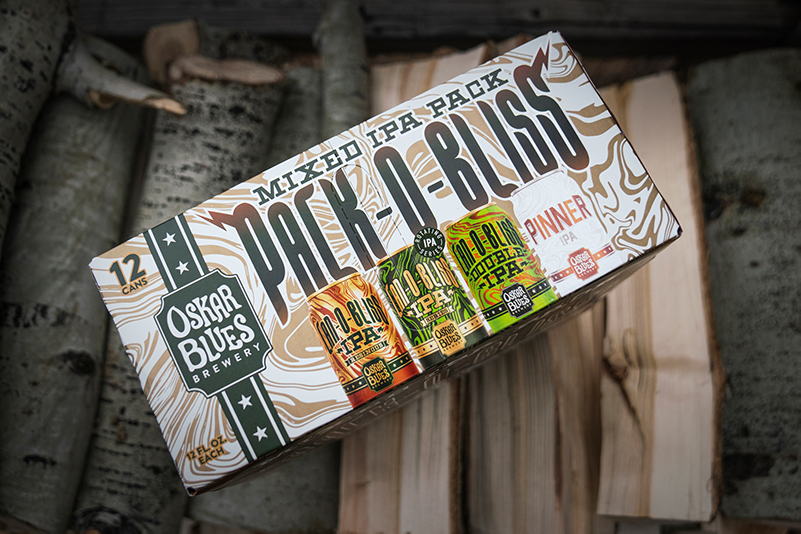 Oskar Blues Brewery introduced the Can-O-Bliss Rotating Series of IPAs (Tropical, Hazy and Citrus) in 2019 following years of die-hard devotion to all things hops. Earlier this year, Can-O-Bliss Citra Double IPA debuted as a year-round unrestrained and unfiltered Imperial IPA. Now the Can-O-Bliss IPA family grows again with Can-O-Bliss Resinous – a 7.2% ABV new-school take on old-school American hop flavors. Pine and grapefruit hop aromas and flavors reminiscent of the West Coast IPAs of yesteryear are delivered with the amplitude and silkiness of a modern hazy IPA, resulting in a Can-O-Bliss that tastes like something completely new (a West Coast Hazy Juicy New England IPA perhaps?).

“IPA drinkers are clamoring for quality and variety and we know we can deliver,” said Matt Lowber, Brand Director for Oskar Blues Brewery. “With a full stable of Can-O-Bliss IPAs and our brewers constantly pushing the boundaries with innovative techniques and new hop varieties, Pack-O-Bliss allows us to package all of that together and get it to the people.”

Pack-O-Bliss is the second mixed pack to be released from Oskar Blues Brewery, following the success of the CANundrum Mixed 15-Pack. Find Pack-O-Bliss on shelves nationwide in 12-packs of 12 oz. cans starting now. Look for Can-O-Bliss Resinous on draft and on shelves also starting now.