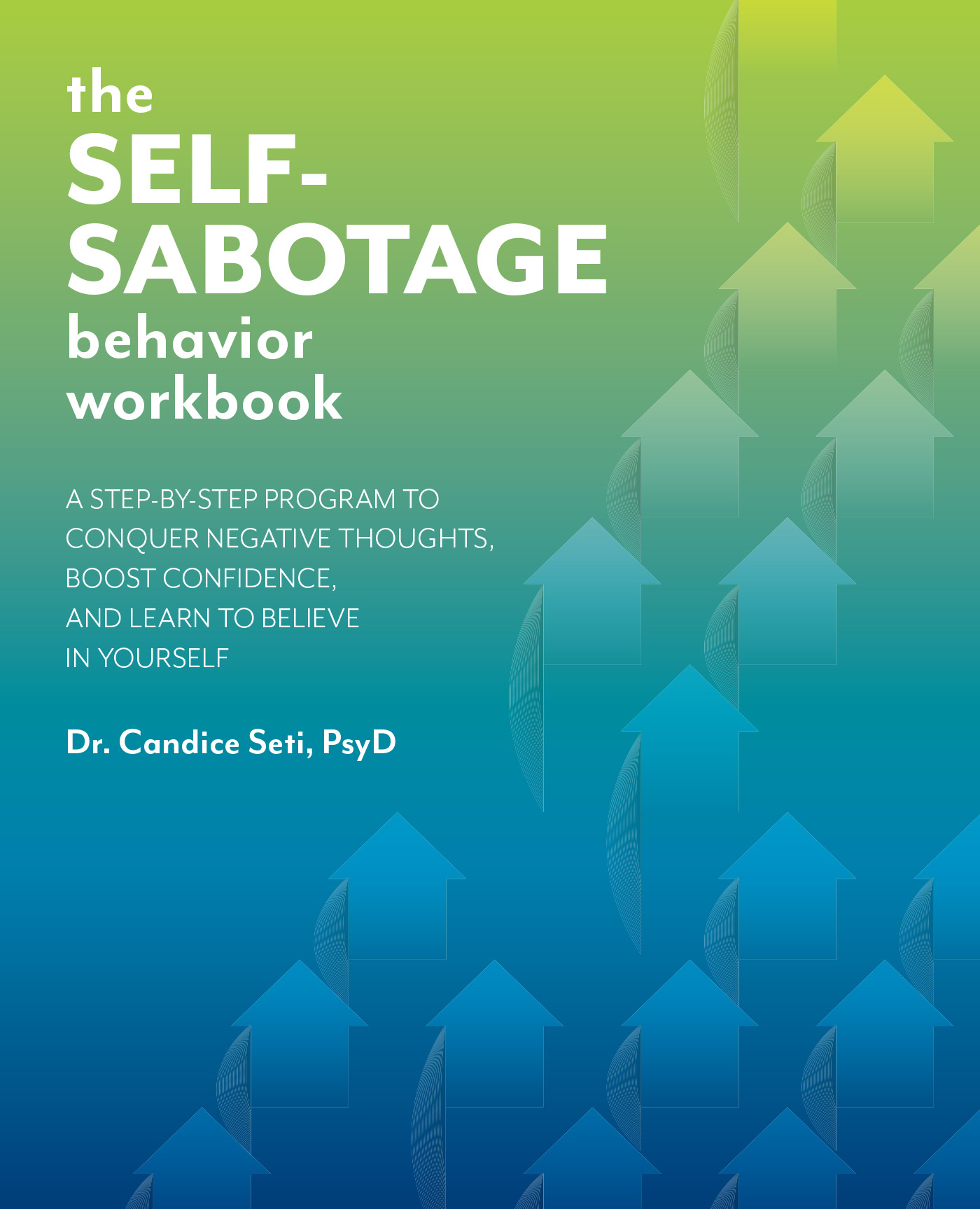 THE ROOT OF SELF-SABOTAGE

We now have a good grip on the numerous reasons for, and nuances of, our self-sabotage, from cognitive distortions to low self-worth, but we still haven’t hit on the basic root of self-sabotage. And we can sum that up with just one word: fear. Yes, fear forms the basis for all of our self-sabotage, and that fear can take numerous forms.

We’ve already talked about how anxiety (the fear of what’s ahead or what could potentially be coming) can be debilitating. We’ve also talked about the drive to keep ourselves comfortable and how moving outside of our comfort zone could create fear. But those fears, and all the other kinds of self-sabotage, can be boiled down to two basics: fear of success and fear of failure.

Most people are not surprised to hear that fear of success is a causative factor for self-sabotage. After all, if you are scared of succeeding, it makes sense that you would stand in your own way and prevent yourself from achieving it! But fear of failure is a little more surprising for people to hear. Let’s discuss them both in a little more detail.

Fear of success is a pretty common term that I’m sure you’ve heard. But the concept doesn’t really make sense, does it? If you ask most people what they want in life, their answer will likely be some form of success, whether that’s a happy marriage, a satisfying career, or financial security. All of these are some form of success, right? So why would we also be scared of that success? If it’s something we want, it should be enticing and attractive, not scary!

There are actually many reasons we may fear success and, not surprisingly, a lot of them circle back to our self-sabotage styles.

One of the first reasons why people fear success is insecurity. Many struggle with the idea of achieving because they feel they simply don’t deserve it, a side effect of their low self-worth. Others struggle with “imposter syndrome,” where they find themselves questioning whether they are really capable, or able to live up to expectations—often feeling like they’re just pretending until someone finds out that they’re a fraud. The commonality across all of these individuals is that, regardless of any success that may likely be coming their way, they end up doubting themselves and their abilities, leading them to question whether they can live up to expectations.

Another contributor to fear of success is what I call the Now What Effect. Most people work toward a success-based goal for a very long time, like career milestones or weight-loss goals, and put a lot of faith into the outcome. They believe “this is the thing that is going to make me happy” or “this is the thing that’s going to leave me fulfilled.” That line of thinking creates two major worries: 1) “What if I’m not happy and not fulfilled after I reach my goal? Then what?” and 2) “I’ve achieved my goal. Now, what? What do I do then? What do I focus on? Where do I apply my efforts?”

Most of us just don’t want to take the risk that we were wrong about the goal making us happy. Additionally, we’d rather keep at it than have to find something new to focus on. As already pointed out, we humans really hate the unknown—and constantly stopping ourselves from reaching our goals keeps us in the safe bubble of doing what we’re already familiar with.

A final significant contributor to fear of success is concern over the outcomes or consequences of that success. As I mentioned above, many look to success as the thing that’s going to make them happy, and there’s a real fear of that not coming to fruition. But there are other outcomes of success that are unappealing, like increased pressure or stress, less free time, a lot more of the unknown—all things we try to avoid. At least with failure, we stay in the “known” territory and don’t have to adapt to the new and the unknown, just as we do if we let “what if?” thinking sabotage our efforts.

Let’s look at an example of fear of success in action: James has been working hard his whole life at a desk job with the goal of eventually becoming a VP of the company. As that goal gets closer and closer, James starts to question himself and his ability to perform the job. In his head he turns small mistakes with minimal consequences into massive failures, and he wonders if his boss was being truthful when she said she liked his presentation. James wonders if he’s even capable of being a VP at all (insecurity). He also starts to wonder what he will focus on once he achieves the promotion and if it will actually make him happy (the Now What Effect).

The more he thinks about it, the more he starts to focus on what the job will actually mean: longer work hours, higher stress, more time away from his family, and unfamiliar situations and interactions at work. James soon finds himself missing deadlines and skipping out on work more often without realizing that his fear of success has caused him to self-sabotage.

First off, as human beings, we generally like to be in control; that is, we like to have some level of control in regard to what happens to us because it makes us feel safer and more secure. It’s why we are rarely comfortable putting our fate in someone else’s hands—we can’t read their minds, so we can’t know what they’ll do or what the consequences of their actions will be.

While both failure and self-sabotage create the same outcome, one of them allows us to be in control of our fate and the other doesn’t. If we fail a test, we would prefer to say that we knew we were going to fail because we didn’t study than to be surprised with an F. See the difference? By self-sabotaging, we may still be failing, but we are “in control” of that fate.

Another contributing factor is ego protection. Our egos are all fairly fragile, even if we don’t think they are, and are often not strong enough to handle failure that’s the result of our being incapable or not good enough. By taking control through self-sabotage, we not only maintain power over our fate, but we follow our natural instinct to protect our fragile egos from feeling incompetent. Using that same example of failing a test, it’s not that we are not smart enough to pass. It’s simply that we didn’t study, so naturally, we failed. It’s not that we are not good enough; it’s simply that we didn’t try. We protect our ego because the consequences don’t reflect on us a person, just our behavior.

A final factor here is the avoidance of shame or embarrassment. This may not seem like much, but shame is very deeply rooted. Shame doesn’t just make us feel bad about something we’ve done (like guilt)—it makes us feel bad about who we are as a person. Such a powerful feeling is difficult to shake, making avoidance of shame a compelling goal. As illustrated in the test example above, we would much rather believe and have others think that we failed because we didn’t study than believe and have others think that we really were not capable of passing the test.

Both the fear of failure and the fear of success keep us trapped in cycles that only lead us to failure. How do we break free?