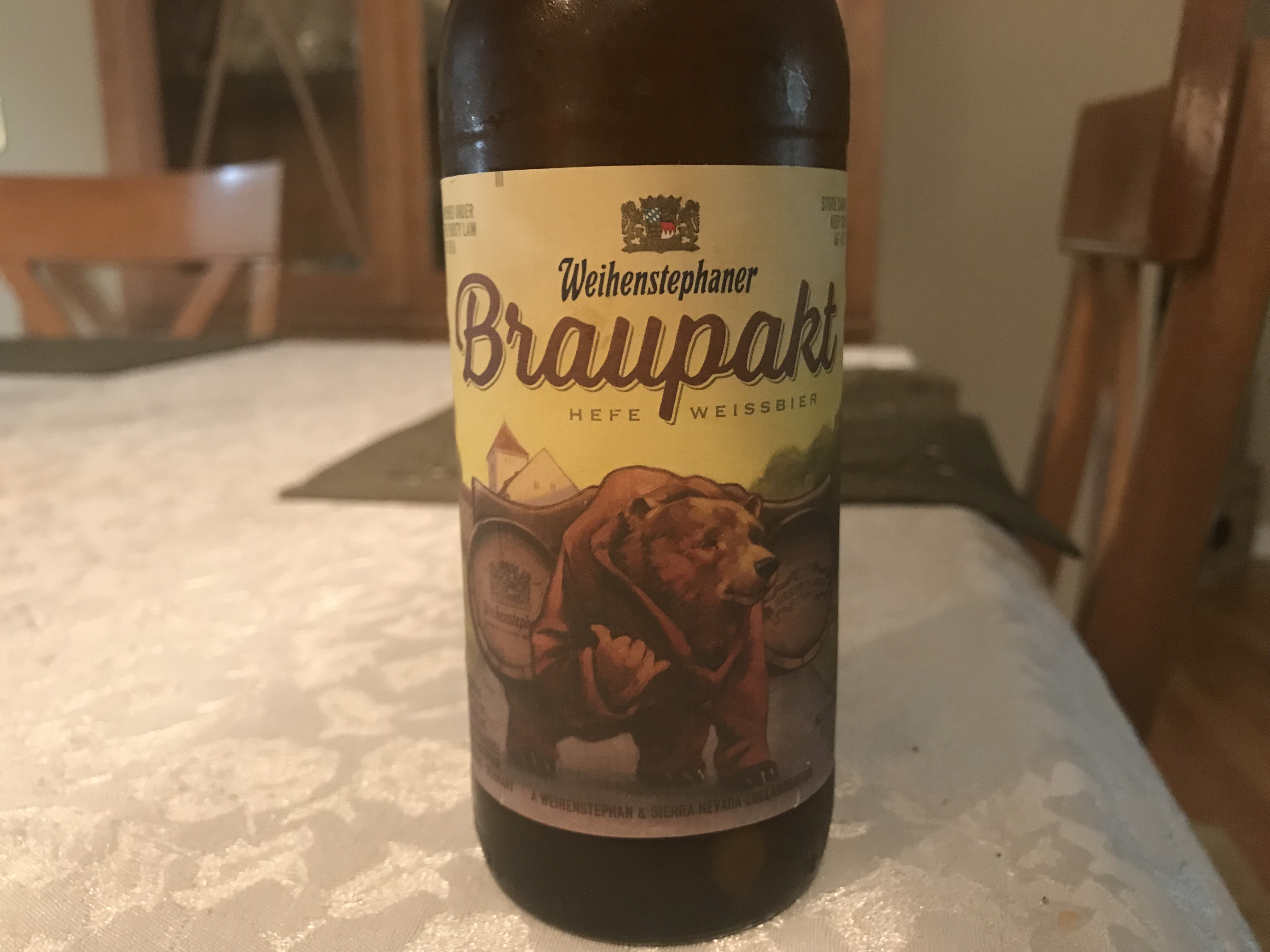 Weihenstephan, the World’s Oldest Brewery, has embarked on a dream-team partnership with a favorite of mine, Sierra Nevada, one of America’s pioneering craft brewers, to create “Braupakt,” the eagerly-anticipated Hefeweissbier.

“This is the first time Sierra Nevada chose to partner with a long-established brewery,” noted Tobias Zollo, brewmaster at Weihenstephan. “Both breweries had something to glean and gain from the other. We came in with high standards for the Hefeweissbier style. Sierra Nevada, who is world-renowned for the Pale Ale style, came in with the discerning palettes for fruity and aromatic-bodied beers. With Braupakt, we were able to exceed the expectations of both breweries.”

Brewmasters from the two breweries spent the better part of 2017 on recipe development, ultimately creating the fruity-hoppy Braupakt, brewed with the Hallertauer Tradition hop and refined with American West Coast Amarillo and Chinook hops. Both Weihenstephan and Sierra Nevada are widely recognized for establishing brewing standards for their respective styles, and are renowned for their contributions to contemporary brewing techniques. Braupakt (literally translated; Brewery Pact) merges “old world” purity standards and brewing methodologies with “new world” innovation and hop flavors. The name plays on America’s “bro pact” vernacular for fraternal allegiances and the label features the imperial Bavarian bear sporting a “hang loose” gesture.

“We are extremely excited to share our Braupakt collaboration with the beer community. When we look to create these partnerships, rarely do you get to work with breweries of [Weihenstephan’s] stature and we were blown away by the process,” noted Scott Jennings, brewmaster of Sierra Nevada. “Not only are we blown away by the finished beer… we learned a lot on this journey as well from one of the original visionaries in our industry.”

So what does it taste like you ask? The amber, naturally cloudy Hefeweissbier adorns a creamy head and smells of peach, apricot and citrus fruits with a fine banana yeast note as well as a refreshing grapefruit note from the Chinook hops. The fruity peach and apricot taste of the Amarillo hops is complemented by the mild sweetness of the used caramel malt. The fine, fresh body of Hefeweissbier develops a harmonious mouthfeel on the finish.

« A New Birthday Tradition, The Nipyata!

Deck of Scarlet Palette Edition No. 10 »