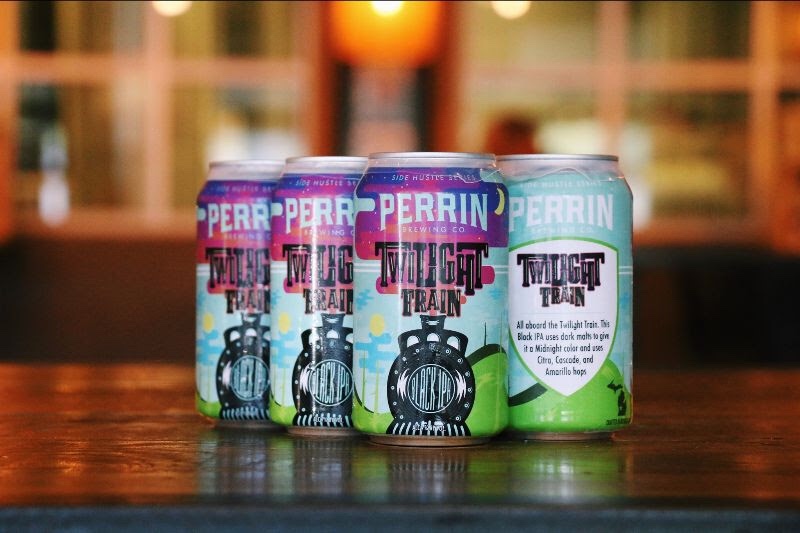 Perrin Brewing Company announces the release of Twilight Train Black IPA (7% ABV). The newest beer in their small batch Side Hustle Series, Twilight Train pulls into the station at the Perrin Pub on draft and in 6-packs of 12 oz. cans starting September 24, with Michigan-wide distribution to follow.

The Twilight Train’s Conductor and Perrin Brewing Company’s Director of Brewing Operations, Connor Klopcic, said, “Black IPAs and American IPAs can be very similar, with one distinct difference: color. Though they tend to use similar hops, black IPAs are black in color due to the use of darker malts.”

Roll into the Perrin Pub to try Twilight Train starting September 24, or pick up a 6-pack at your local Michigan craft beer seller.