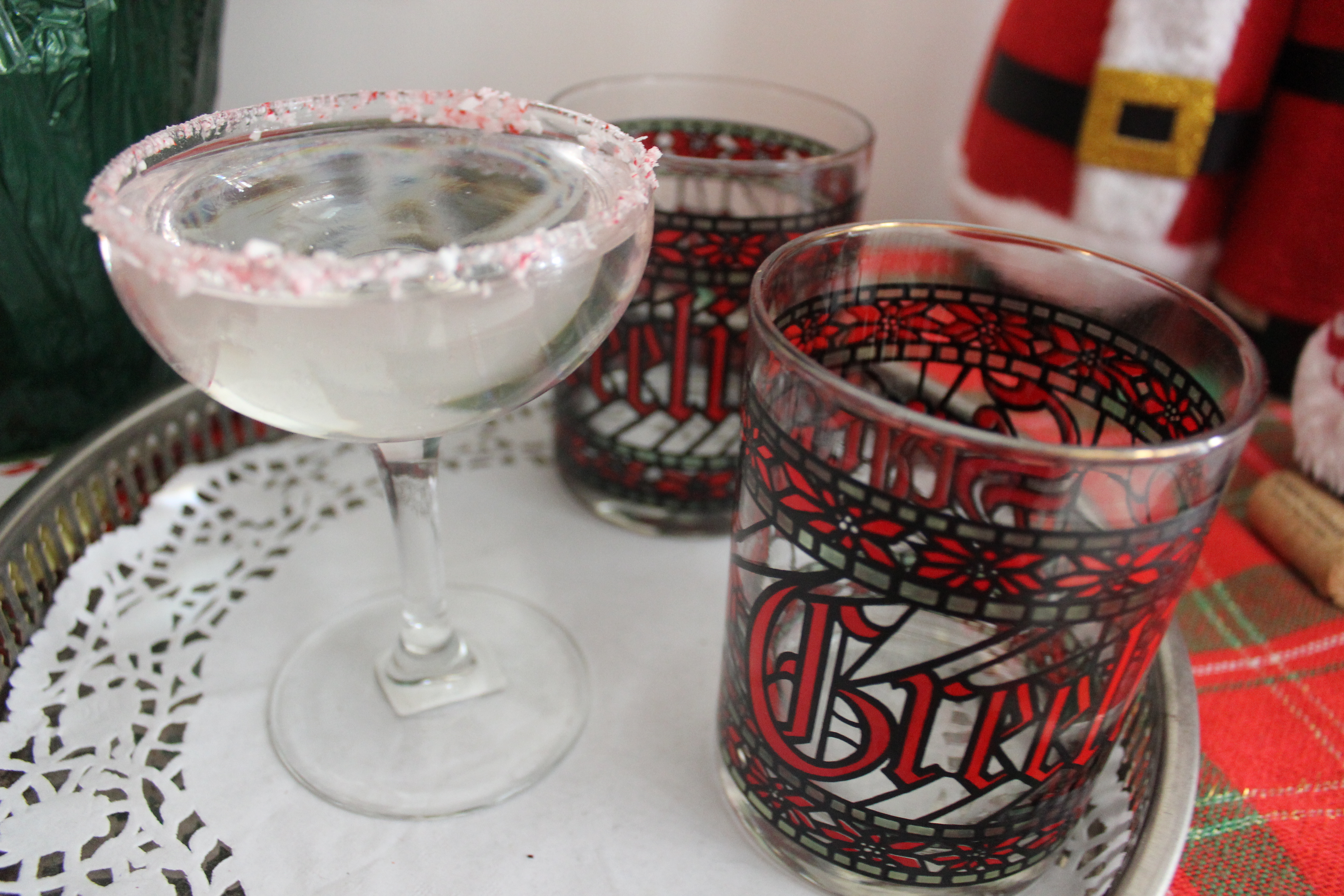 This season has no lack of flavors. So for me, I needed to TASTE the flavors and EXPERIENCE it all. Especially the candy cane food group!  I wanted to really experience the candy cane, so naturally, I made a cocktail!

I decided to make my own Creme de Menthe using Serious Eat‘s  recipe. It was good. Fresh. I actually instead of just PLAIN ole vodka, I used HEET’s Cinnamon Vodka to steep the mint leaves in for over 12 hours (btw I did it for a few weeks). In retrospect, I would have halved this recipe or even made a quarter of the recipe. I didn’t need a lot for this recipe.

After creating the Creme de Menthe, I used a mortar to crush up some candy canes to rim the coupe glass with. My Brockman’s Gin was cold from the garage, but usually, I would recommend combing all the ingredients in a shaker with ice and pour.  I enjoyed it A LOT. The crazy effort I put in this drink resulted in PURE deliciousness.