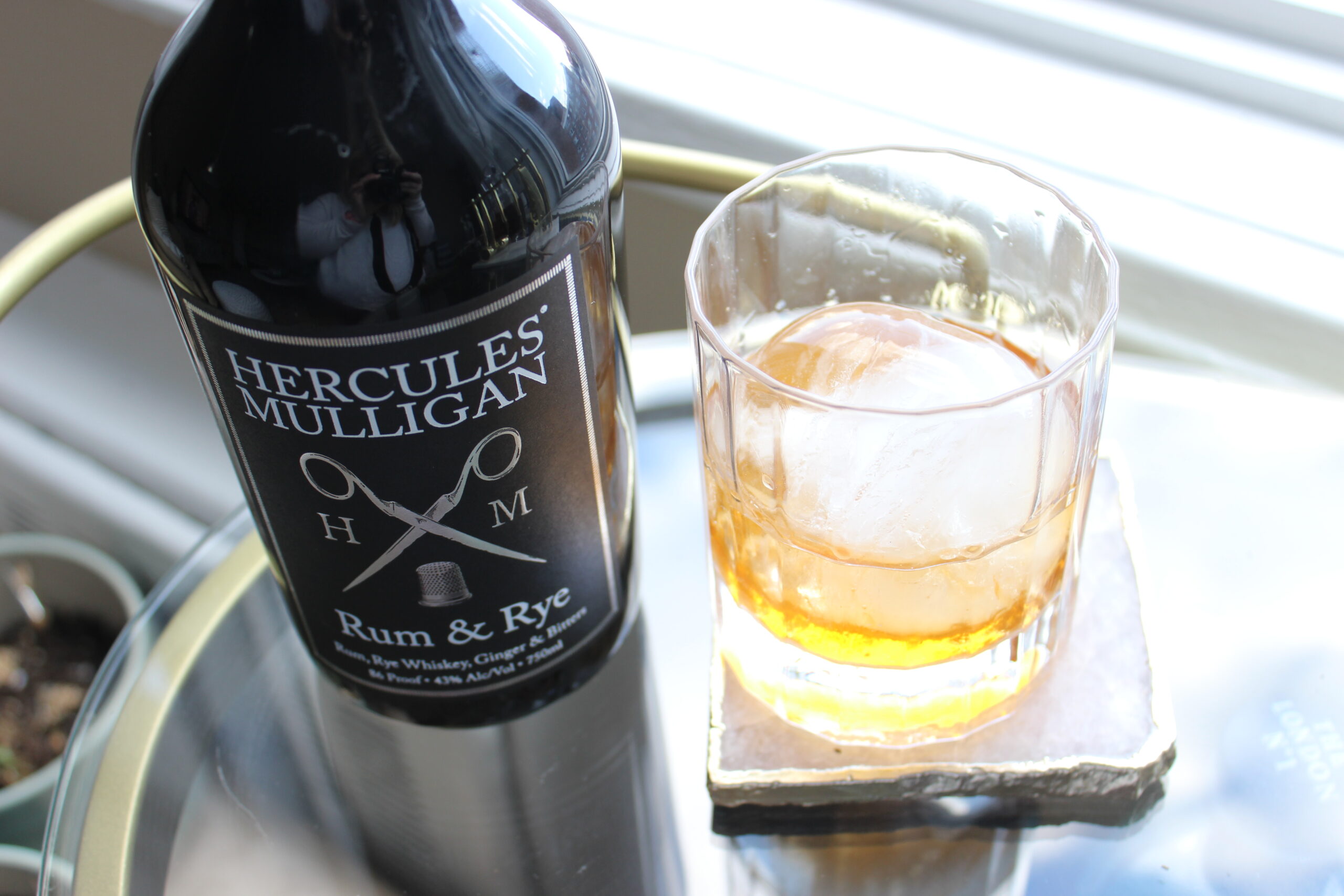 Sometimes you don’t want to make a fun cocktail and you just want to pour a glass and relax!

Hercules Mulligan Rum & Rye, an absolutely stellar RTD sipper that’s made waves since it’s launch to the Direct-to-Consumer marketplace through Flaviar a couple of years back.

Hercules Mulligan, the bottled Irish Old Fashioned named after the man himself (who was known as a tailor, rebel, spy and drinksmith) became a booming ready-to-drink craft cocktail when it launched two years ago, selling more than 15,000 bottles since its inception. It’s a true pandemic success story, and after raising more than $750,000 through an unprecedented 3-week crowdfunding campaign, the brand is excited to launch in New York, through more traditional channels starting this month.

Spirits industry veteran Steve Luttmann (who brought Cachaca to the States with his brand Leblon) joined Flaviar co-founder Grisa Soba and Mario Mazza of NY based Five & 20 Distilling to launch Hercules Mulligan in 2019 with just 2,000 coveted bottles, being sold exclusively on Flaviar. However, it quickly became one of the best-selling new brands in the spirits direct-to-consumer marketplace. Now, the brand expands beyond its DTC offering into the traditional marketplace to reach an even wider audience – one that is sure to join the nationwide fan base of the brand.

Hercules Mulligan is a 50:50 blend of Caribbean aged rum and home-grown American rye whiskey inspired by the revolutionary era. Fresh, organic, ginger root is macerated in the rum and rye blend, and a splash of bitters is added, ensuring this liberating libation can be enjoyed on the rocks as a ready-made Irish Old Fashioned.  It also makes for easy mixing to create other delicious cocktails which can be found here.

If you haven’t yet tried Hercules Mulligan, please let me know and we will get you a sample ASAP so you can experience this truly special bottled craft cocktail first-hand, inspired by a fascinating historic Irish-American figure and tailored for the modern independent thinker. I’d also be happy to set up a time for you to chat with Steve Luttmann about his historic crowdfund, the brand’s success throughout the pandemic and how the brand leveraged consumer feedback to evolve Hercules Mulligan to what it is today.