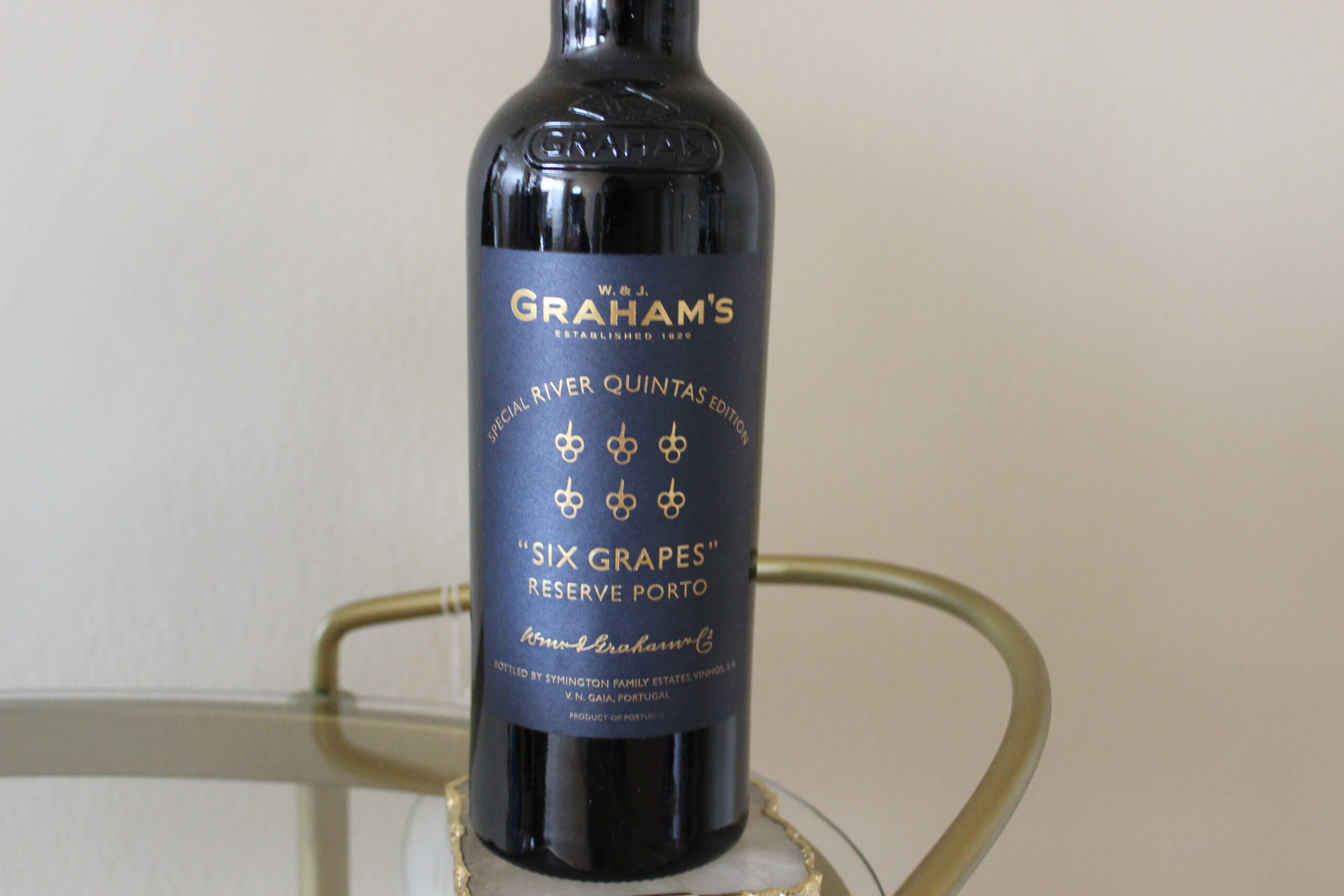 The famed Douro Valley, formed by the Douro River which cuts nearly 500 miles across northern Portugal from the historic city of Porto at the Atlantic, through one of the hottest areas of Portugal and deep into Spain, is where terraced vineyards have been used to make legendary Port wines for centuries. Translating to “river of gold,” referring to the golden silt that fills its waters after the first rains of the year, the Douro River is an experience not to be missed by world travelers and oenophiles alike! While we await international travel to reopen, we can dip our toe in the Douro River this summer without leaving home with W. & J. Graham’s Six Grapes Special ‘River Quintas’ Edition, (SRP $42), a limited edition Port sourced from two unique old vine parcels in vineyards on the north bank of the Douro River.

The Port and Douro Wines Institute (the official organization that oversees all Port production) deem the conditions of vineyards that lie low and close to the river and its tributaries as prized areas for producing A-grade Port grapes. Six Grapes Special ‘River Quintas’ Edition is made from grapes grown at two of these prized vineyards – Graham’s Quinta do Tua’s ‘Old Terraces’ and Quinta dos Malvedos’ ‘Vinha dos Barcos’.

The area surrounding the Tua River (one of the main tributaries of the Douro River), reaches extreme daytime temperatures by harvest. Here, the 18th century thick schist ‘Old Terraces’ at Graham’s Quinta do Tua produce intensely concentrated fruit from fifty plus year-old low yielding vines. Downstream, the south-west orientation of the ‘Vinha dos Barcos’ vineyard (named after the boats that were once loaded with Port barrels on the shore below) at Graham’s flagship Quinta dos Malvedos, provides the ideal environment for the late-ripening indigenous grape Touriga Franca.

Six Grapes Special ‘River Quintas’ Edition is blended from roughly one third of wine made from Quinta Tua’s ‘Old Terraces’ in 2014, one third of wine made from that same vineyard a year later, and one third from the Malvedos ‘Vinha dos Barcos’, also made in 2015. Vinified in the lagares at Quinta dos Malvedos, the three components merge to produce a wine of outstanding richness and vibrancy in the best traditions of Graham’s house style.

You Can’t Have the Mango! »