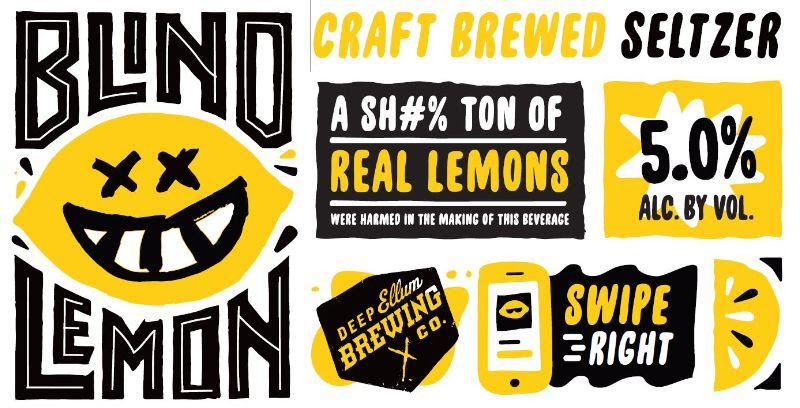 The diversity of packaging allows craft hard seltzer lovers to enjoy Blind Lemon in their preferred format all summer long. Lounge by the pool with a 19.2 oz. can, pick up a 6-pack for the beer fridge, or take a 12-pack to that backyard barbecue. Now there’s a Blind Lemon package option for any summertime activity.

The 5% ABV hard seltzer is named in tribute to blues legend “Blind Lemon” Jefferson, who began his career in the 1920’s playing guitar and singing on the streets of the Deep Ellum neighborhood and later went on to become one of the biggest-selling down-home blues artists in American history. He was known for his unusual vocal range and loud volume. In homage to the original Blind Lemon, the brewery’s hard seltzer bubbles over with loudly lemony flavor.

Blind Lemon is crafted in a process similar to Deep Ellum’s other brands, but uses beet sugar instead of the malted barley typically used in beer. The addition of yeast results in a spritzy, light brew dosed with natural lemon flavor.