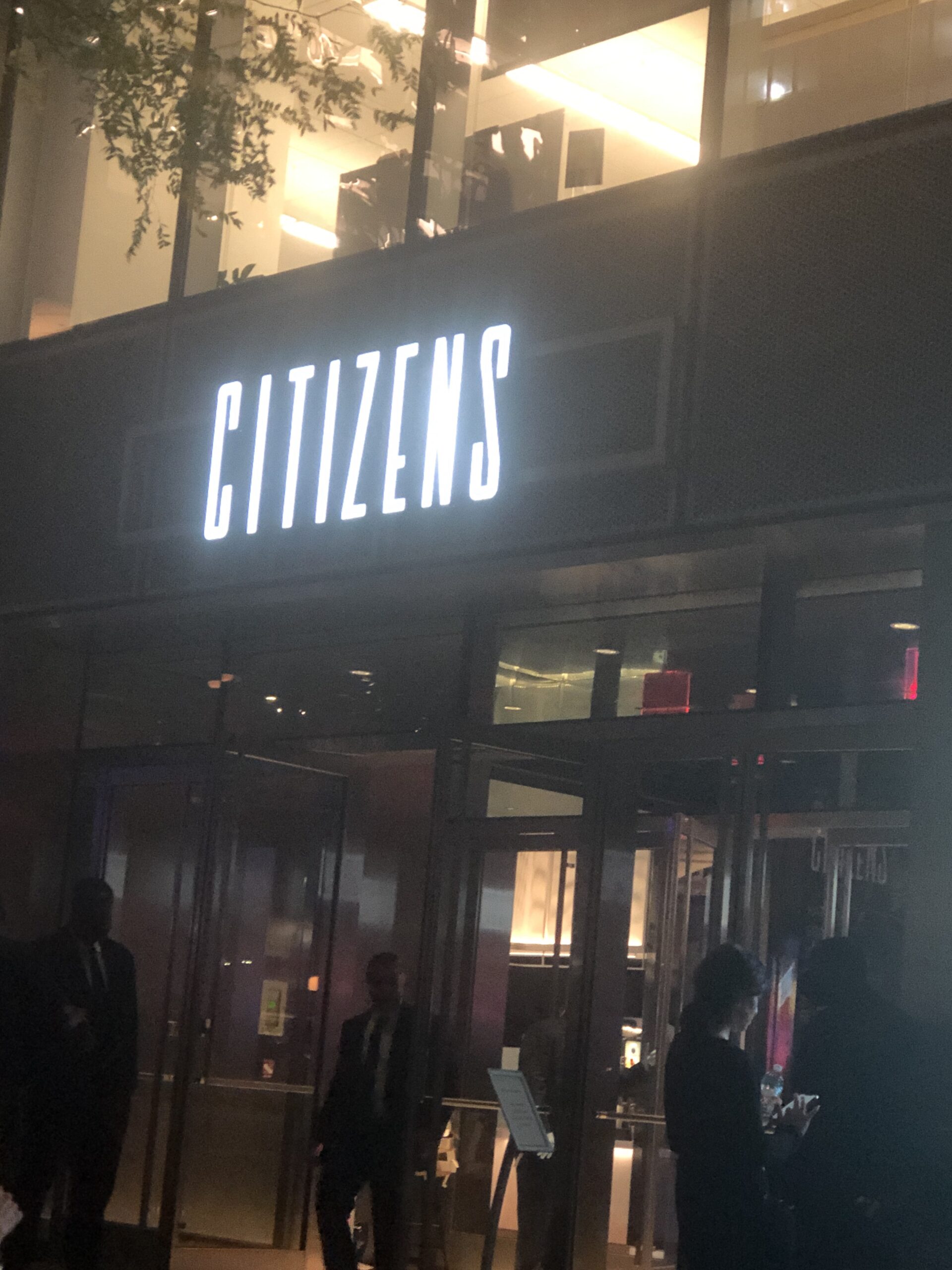 CITIZENS brings together an unparalleled collection of sbe’s global culinary brands under one roof for the first time. In a world often defined by borders rather than communities, where differences pull us apart rather than push us together, CITIZENS is a vision for something different. Whether sharing a meal at a Michelin-starred restaurant or on the curb next to a street vendor, food brings us together. As a tribe of individuals from around the world, CITIZENS was created to celebrate the places we call home and the countless cities, flavors, and people that have inspired us along the way.

I had amazing chicken salad sandwiches from Dani Garcia’s El Pollo Verte, and yummy chicken sandwiches from Umami Burger while I sipped Hendrick’s cocktails. Cindy Lou’s Cookies were being passed around like appetizers during the night as well as Danishes.

As we moved further into the food hall. we tried mushrooms and quinoa & rice mixture from Plant Nation, Korean Spare Ribs and Krispy Rice Sushi.

The night was filled with diverse cuisine, eclectic cocktails, and a musical performance by NERVO. Every station was better than the next.

I’m looking forward to going back to the food hall during upcoming trade shows at the Javits Center. Hudson Yards has certainly come a long way.