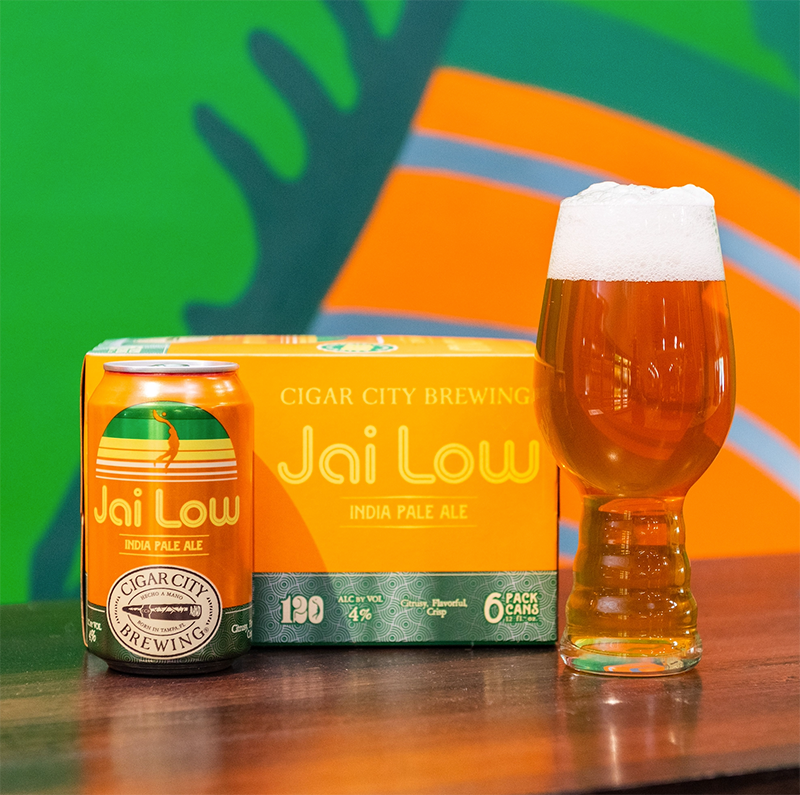 When CCB opened in 2009, Jai Alai IPA was the second beer produced at the new brewery. Though piney, resinous and superlatively bitter IPAs were in fashion at the time, Brewmaster Wayne Wambles’ culinary influence led him to create a recipe eschewing the more aggressive qualities of American IPAs in favor of the fruity, nuanced aromas and flavors of newer hop varietals like Simcoe. CCB carved its own path with fruit-forward Jai Alai IPA, earning the brewery a reputation as one unafraid to embrace balance and subtlety.

Not content with resting on its laurels, the brewery upholds its well-earned reputation with Jai Low IPA, an American IPA that lowers the intensity of a typical IPA while maintaining the highest quality and vibrant hop flavor and aroma. But why go down a lower-alcohol road when the 7.5% ABV Jai Alai IPA has resonated with so many beer drinkers? In a word: balance. Jai Low IPA rounds out the CCB portfolio by offering a lower-alcohol beer that is satisfactorily hop-forward, and perfect for toned-down drinking occasions.

“British ordinary bitter was an inspiration for me,” says Wambles. “These lower ABV, flavorful beers create nice balance.” In Jai Low IPA, Wambles and company have combined the sessionability of traditional English ale with the hop intensity of American IPA – no easy feat, even for renowned innovators like the CCB Production team.

“The primary challenge was preserving the body of the beer,” recalls Wambles. “Our goal was to create a lower ABV beer that still had adequate mouthfeel. We devoted more time to exploring the composition of the grain bill than some other components of the recipe.” Malt protein content was heavily researched when developing the Jai Low IPA recipe, as was the mineral content of CCB’s brewing water. “Of course,” he adds, “the hop aroma, hop flavor and hop bitterness are nothing to shake a stick at.”

CCB’s Brewer Manager Sean Sasscer says, “Using different malts to increase perceived body despite having a lower finishing gravity, while also giving enough backbone to carry a lot of aromatic hops, was a challenge that we happily accepted.” Amarillo, Simcoe, Cascade, Motueka, Centennial and CTZ hops recall the tangerine, clementine and orange zest qualities of iconic Jai Alai IPA. The shared hop qualities gave this new recipe a working name that stuck: Jai Low IPA. “The beer brings to mind all of the best qualities of Jai Alai IPA, the brand most closely associated with our brewery,” says Sasscer. “Why not embrace the similarities between these two fantastic beers with a nod to the progenitor’s name?”

The initial draft for Jai Low IPA’s recipe revealed a surprise: a 12 oz. serving of the beer would clock in at 100 calories. However, initial pilot batches reveled that an excessively low-calorie content came at the expense of body, a concession that the brewery was not willing to make. Sean Sasscer says, “Though the first batch of the beer was flavorful and delicious, it didn’t carry the same balance and intensity that consumers expect from Jai Alai IPA.  Our goal with this beer is flavor, and our second pilot batch that measured at 120 calories achieved that goal much more successfully.” The brewery found that a small concession in calories yielded much greater returns in flavor intensity and faithfulness to the intangible aspects of Jai Alai IPA.

At 120 calories per 12 oz. serving, Jai Low IPA allows CCB to enter the rapidly expanding better-for-you category of alcoholic beverages, a category which continues to grow at a remarkable pace. Sasscer notes, “Large portions of the country are becoming more health conscious, and moderating calories is a big part of that push. With Jai Low IPA, consumers don’t have to concede calories in the name of flavor.”

Now that you know the jais, lows and everything in between about Jai Low IPA, look for the beer to hit shelves beginning this fall. The brand’s launch will include 6-pack and 12-pack 12 oz. cans and single serve 16 oz. cans that will offer options for any moderate alcohol drinking occasion. For more information on Cigar City Brewing and Jai Low IPA, visit cigarcitybrewing.com