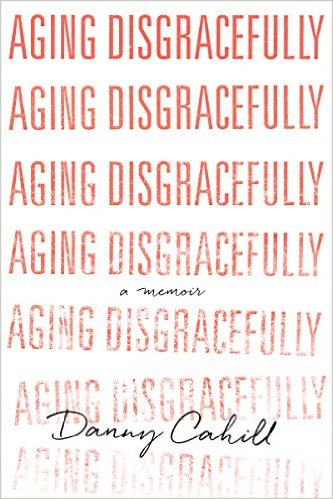 We were just two dates in. So far so good. The texts were moving in the time honored fashion, from light and breezy, to attached lyrics that made her think of me, to “I’ve never felt comfortable telling anyone this”, and at the one month mark, signing off with “night, babe.”The first date I managed to escape because we met for coffee. The second date I got lucky. We were going to have dinner before a touring rep version of “The Book of Mormons” (I had seen the original cast on Broadway, these are the deals you cut in the infatuation stage), but there was an accident on the highway and we barely made curtain. So she never got to hear me whisper to the waiter to simply grill the fish and hold off on all sauces. She never got to query me on how I was able to eat my salad without any dressing. And she never got to wonder if I was ever going to take a sip out of the glass of Merlot I ordered.

I had been here before. At first, they admire me. “You never miss a day at the gym?” “You measure every gram of food you eat?” “You carbo cycle? What exactly is that?” “Who in God’s name has abs like that after 40?” They kid. “Hey, it works for me, keep up the good work.” “More wine for me! Awesome.”

Then it turns. First gently. “Would it kill you to miss a meal?” “It’s a five star restaurant, it’s a crime.” “No I don’t have any oatmeal in the house, call the police.” Then it’s amateur analyst hour. “Where do you think these body issues come from?” “What are you trying to compensate for?”

Then, near the end, just before we decide we need a hiatus to figure out if we’re getting our needs met, usually after a fight: “Look, no woman wants to be with a guy whose chest is bigger than hers and whose ass is smaller.”

But I really liked Annie. I didn’t want this to run the usual course. I was going to make this work. Loosen up a little. When she invited me to her house for our third date I told myself I was going to eat whatever she made. And I was going to have half of the bottle of Caymus I brought over. I was going to relax. Of course I fasted most of the day and had a protein shake before I drove over to her house to dull my appetite, and I made the decision that I wouldn’t have any dessert. No woman is hot enough for me to eat dessert.

When she opened the door I had to catch my breath like I do in position 3 late in a SPIN class. I had never seen her hair down, or her face so luminous, or seen her wear anything black, and tight. Her house was full of abstract art that she made herself, and I didn’t have to lie when I said it was amazing. She bragged to me over, gulp, Fettucini Alfredo, about her niece’s piano playing and I pulled out the pics of my nephews, who were expert skiers. (People with kids don’t get that childless people like Annie and me still could be crazy about kids) We did the dishes together and the way she kissed me at the sink made it clear I had miscalculated, and should have packed an overnight bag. It was one of those fantastic dates that married people have forgotten how to have. We were floating.

And then she brought out the bread pudding. I mean, bread pudding! She told me it was her specialty, put it in the microwave, and went to the bathroom. I pulled out my phone. Holy crap! 300 calories a cup, (there had to be like 5 cups in the bowl), 46 carbs per cup, 27% fat and loaded with demon brown sugar and vanilla extract. I had to breathe deeply to hold off the rising panic attack.

But I ate it! BAM! You didn’t think I would, did you? And I’ll have you know I didn’t do it for the sex, which followed and was awesome, especially given the lack of data over what a person likes and how they like to be touched, and what is off limits and all the stuff that comes in time with the due diligence permitted in the fuckfest that is the first few months.

Anyone who was once married will tell you what they miss most is sleeping with someone. I don’t mean euphemistically, I mean after sex, the actual sleeping. Saying good night, staying wrapped in each other and finally rolling apart but knowing, and feeling safe knowing, someone is there.

At 2 am I had to go to the bathroom and didn’t want to wake her by putting on the light, so I went out in the hall, opened a door and realized I was in her guest room. A futon, a desk and desktop computer and in the corner a physio ball, a foam roller, and…a jump rope. I looked in the mirror to see the damage the carbs had done. Judge me all you want but my dysmorphia was red lining. I looked like a whale. My abs were smooth. No vascularity. I had ruined myself. I went back into the bedroom, heard her lightly snoring, closed her bedroom door, took the jump rope down stairs, went out in the garage, where it was freezing, and got busy. I was figuring 20 minutes of HIIT, shower off and back to bed and nobody would know. Who says you can’t have your bread pudding, eat it too, and be ripped?

She stood in the garage doorway. I had been here before. The wonder on her face would soon give way to disgust. Tomorrow she would send me a text politely telling me to get help, and then she’d go dark on me until I gave up.

But Annie’s wonder just gave way to a yawn.

“Why don’t you come in and do that on the rug where it’s warm?’

I put down the jump rope, wrapped her in my sweaty arms, staining her velvet robe, and went upstairs, stopping in the kitchen for a spoonful of bread pudding and sensing a genuine desire to change.

Danny Cahill is the author of Aging Disgracefully  He started his career at the headhunting firm Hobson Associates straight out of college. He was its rookie of the year and subsequently its youngest top producer and its youngest manager. At twenty-seven, he bought the company and built it into one of the country’s largest privately held search firms. His success led to a speaking career that culminated in being awarded the recruiting industry’s first (Knutson) ”Lifetime Achievement Award.”

In his other life as a playwright, his works have been produced off-Broadway and he has won the Maxwell Anderson, Emerging Playwright, and CAB theatre awards. His first book, Harper’s Rules, won an Axiom award.

SoCal Chefs Gear Up For Taste of the World 2017 Sunday, May 21 at Madame Tussauds; Starlit Rooftop Terrace »