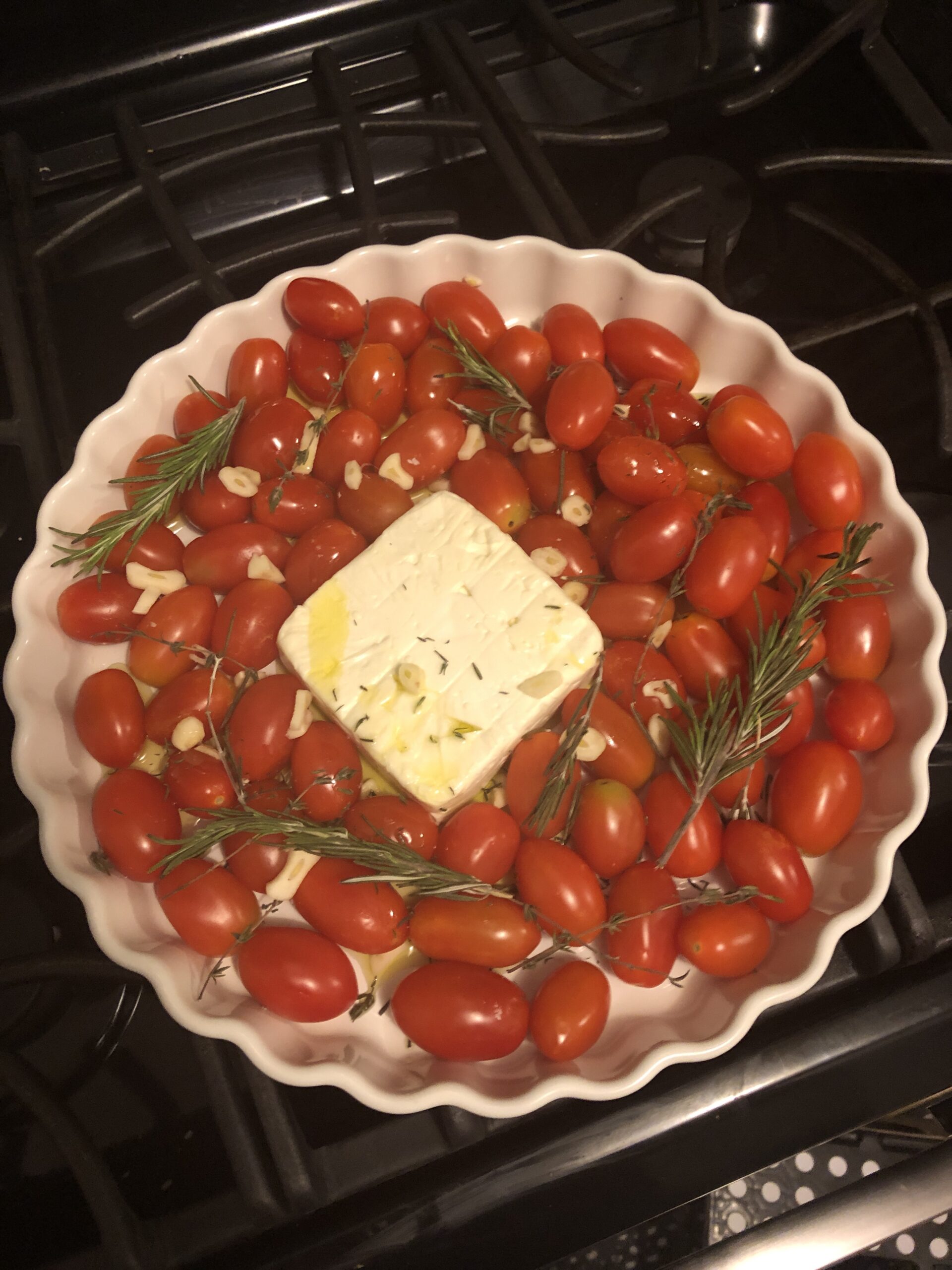 As this year comes to a close, I am starting to reflect on a few new things I did or tried due to the pandemic. One of the things I tried was definitely the phenomenon of the TikTok Pasta. After two tries, I realized, it’s not that great.

The thought of a great chunk of feta cheese in the middle of a dish and melting to a gooeiness sounds like an absolute delight but in actuality, it never melts to perfection with the 30-40 minutes recommended in the recipe.

I made this two ways… the boomer way and the gen z way, which is totally fitting because I am a millennial. As someone who subscribes to the New York Times Cooking Section, I tried their perfected version. This recipe had rosemary instead of basil which was ok, but not basil that probably needed to be chopped up more. The part that appealed to me was the one-pan version with the pasta. I found myself melting the feta in the oven more. Then I dumped the raw pasta and boiling on top. The end result was having crunchy pasta on top… not my ideal meal.

So a few months later, I decided to give this dish another try by really going by one of the many TikToks and found that the cheese didn’t melt enough. Once you take the dish out of the oven you’ll find the cherry tomatoes don’t totally squash easily and squirts all over the place. The block of feta still doesn’t melt completely…It’s decent when you mix it in with cooked pasta.

If you decide to make this internet sensation… at least melt the cheese for an hour at least or switch it to another cheese that’s better suited for melting.

How To Be More Confident »