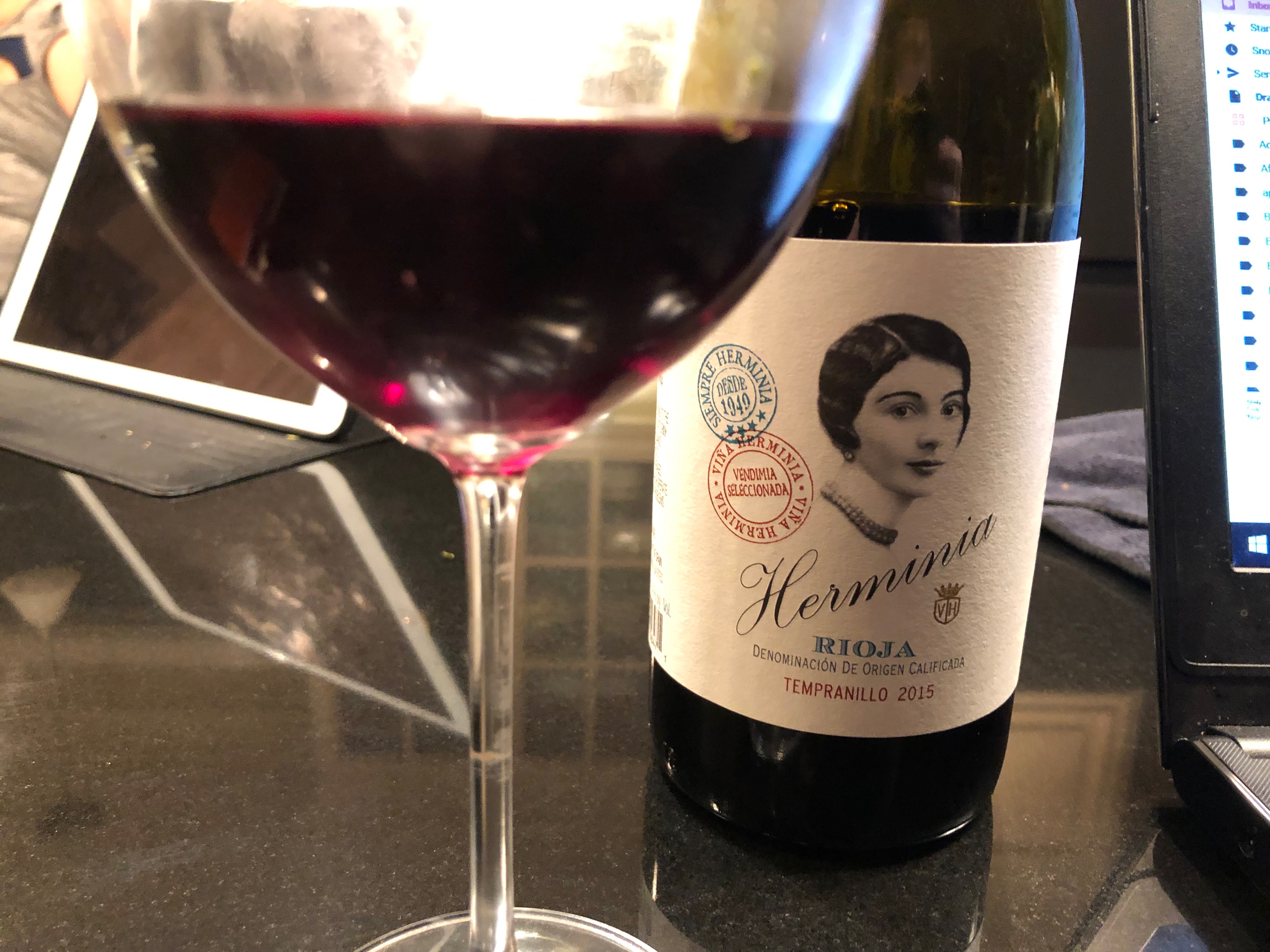 Viña Herminia, located in Spain’s Rioja Baja, produces a collection of high quality red, white and rosé wines. Many of the wines in the Viña Herminia collection, including the “Lady Label” Herminia Rioja 2015, are 100% Tempranillo wines. Compared to other world famous varieties, Tempranillo wines have greater body than Merlot, dark fruit aromas similar to those of Malbec, the earthiness of Pinot noir and the structure of Cabernet Sauvignon. Tempranillos are indigenous to Rioja and highly appreciated for great aging capacity. Additionally, Viña Herminia is one of the main cooperatives in La Rioja Region (10% of the production) and the biggest one in the region. The coop was previously owned by Herminia herself and, to this day, has given the brand a strong regional identity. Viña Herminia has earned the privilege of selecting the best clusters, varieties and vineyards of the area first and because of that, the quality of each wine is undeniable.

The label of the Herminia Rioja 2015 features the face of Herminia, a woman who labored tirelessly in favor of her community questioning and challenging the established norms of her time. She was particularly passionate about education and professed that everyone merited an education regardless of origin and social stature. As a result, she worked to offer an education to the women and children in her community (until then education was only reserved for men and affluent families). She is the inspiration behind Bodegas Viña Herminia.

Not only is the wine delicious (fresh, fruity, with delicate vanilla nuances), it is also a memorable wine meant to inspire amazing stories that honor strong, courageous women.

A wine to honor a woman, the feisty, nonconformist and determined, Herminia. She labored tirelessly in favor of her community questioning and challenging the established norms of her time. Charismatic, committed, a pioneer. Herminia, the woman that inspired Bodegas Viña Herminia.

Beautiful bright cherry color. Very fresh and fruity, with delicate vanilla nuances. Round and smooth on the palate, with soft pleasant tannin. A memorable wine meant to inspire your amazing stories and create unforgettable moments.