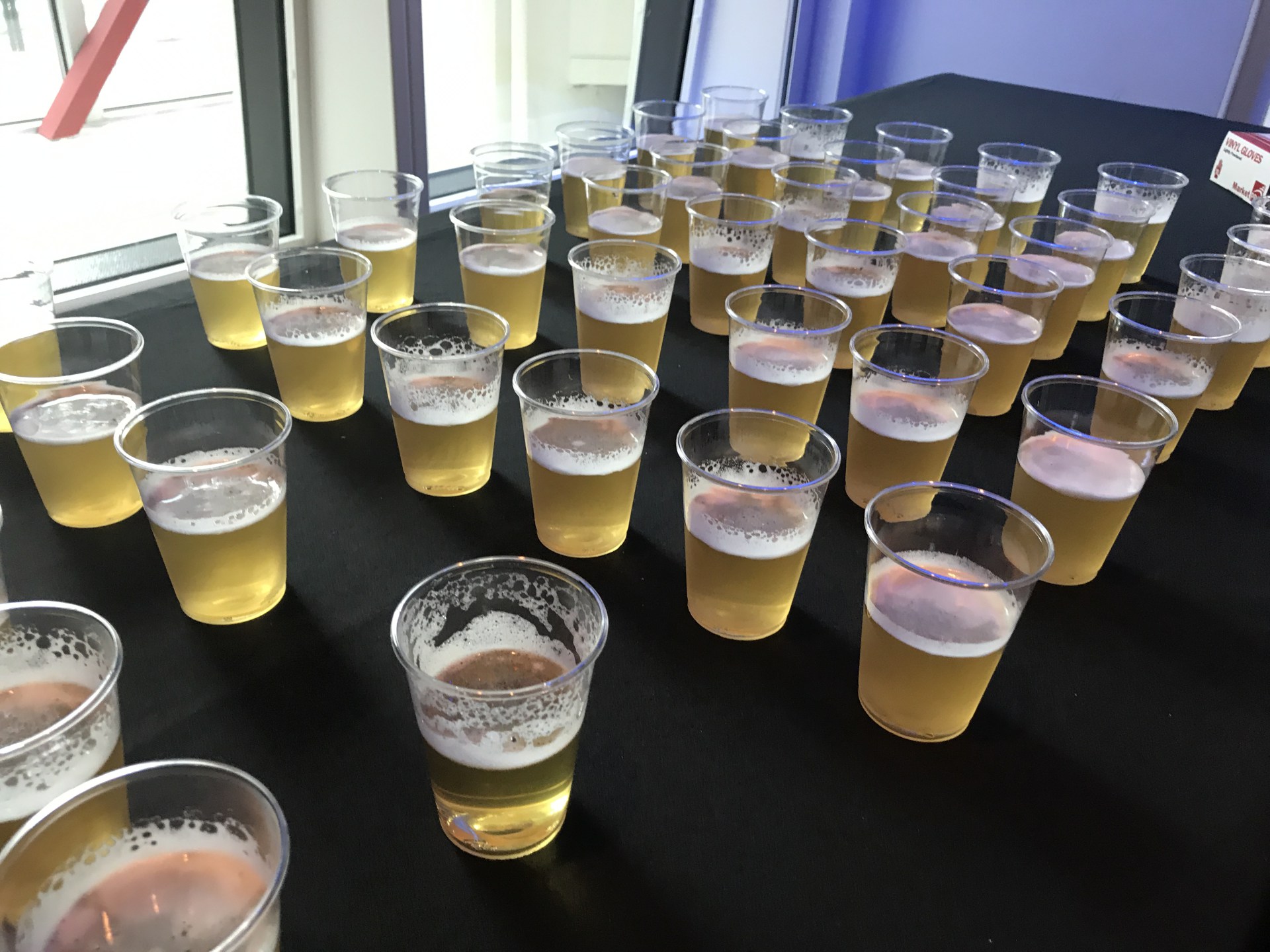 This was The Beer-Changing Magic of Brewing with Hops talk and tasting emceed by owner Jimmy’s No. 43, host of Beer Sessions Radio and beer aficionado Jimmy Carbone, who kicked off a serious beer talk and brought some of his beer buddies to discuss the popularity of hoppy, sudsy thirst quenchers.Cheese, Bread and Roast Beef .

“Did anyone think IPAs would become so popular?” Jimmy asked his fellow panelists. This opened up the discussion with the history of the IPA, beers like Liberty, dating back 40 years ago, that introduced pale ales to the public. Although the initial reaction was mixed, eventually beer drinkers grew to like the bitterness, which at the time was the major shock appeal. Still more people were drawn to light lagers at the time. That has changed, according to Hall, who said people are asking “what IPAs do you have on tap?” Likewise, Katherine Kyle of Blind Tiger discussed how of her 28 her beer lines, 5-9 of them are IPAs. She can’t keep an IPA on very long since it’s always in demand- more than anything else.

The discussion was an eye-opener to beer industry as a whole. It was both informative and interactive with the audience by passing around different types of hops and the pellets.

After schmoozing with the panelists, I grabbed some more cheese and brews before heading home.