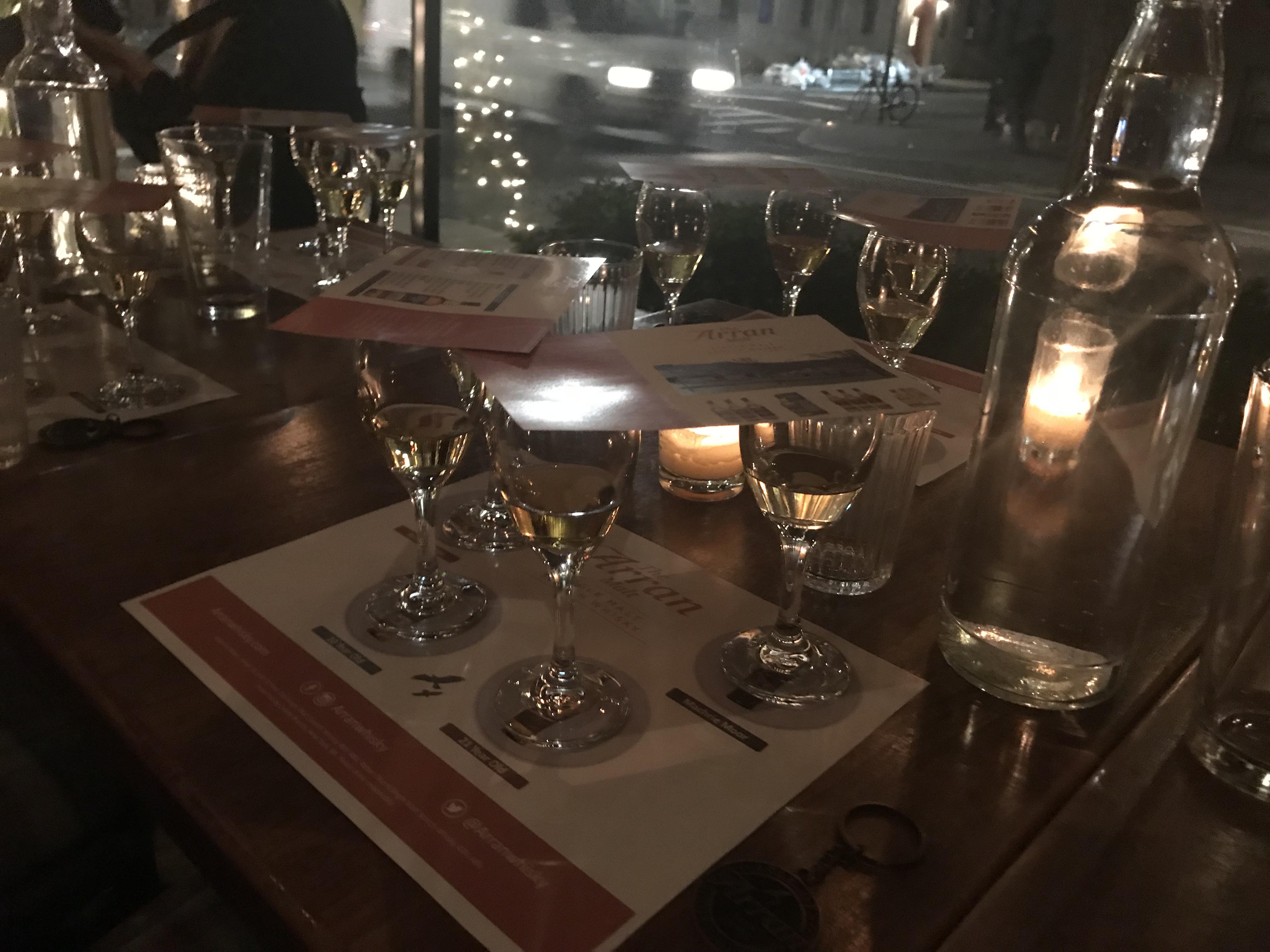 Whiskey is water from the gods! So good, so tasty. I’m always trying to broaden my horizons with whiskey since I’ve acquired a taste for it over the past two years. A new one came past my desk recently, Arran Whisky. I was fortunate enough to receive an invite to their Burns Night Event.

As soon as I got to Highlands NYC, I knew this would be fun. From the tartan lampshades to the buck head trophies on the walls. I sat a long table with some of the most sought-after NYC spirit writers and bloggers with an array of beautiful brown whiskys. We were greeted with Rabbie Burns cocktail and appetizers of blood sausages, Eventually, our Scottish brand ambassador David Ferguson explained the whiskys to us. One by one, we sipped their single malt, 10 year old malt, 21 year old malt, and machrie moor. Each whisky had their own distinct flavor from being spicy to peety. After the tasting was over, we had a traditional bagpiper play in front of us. It was so amazing to have him play familiar Scottish tunes in such an intimate space.

Then the owner of the Highlands NYC, took out the much-anticipated haggis. Yes, haggis, a traditional burn night’s dish. Between everything, to our excitement, there was a bagpiper. Then taken in the back to chop up. Everyone received a small piece of haggis with mashed potatoes and turnip. I actually, really enjoyed it, especially since Haggis receives such a bad wrap.

We enjoyed our food and our drams. If you need a new drink, I’d highly recommend Arran Whisky!

« Svedka Shakes Up the Category with Svedka Rosé