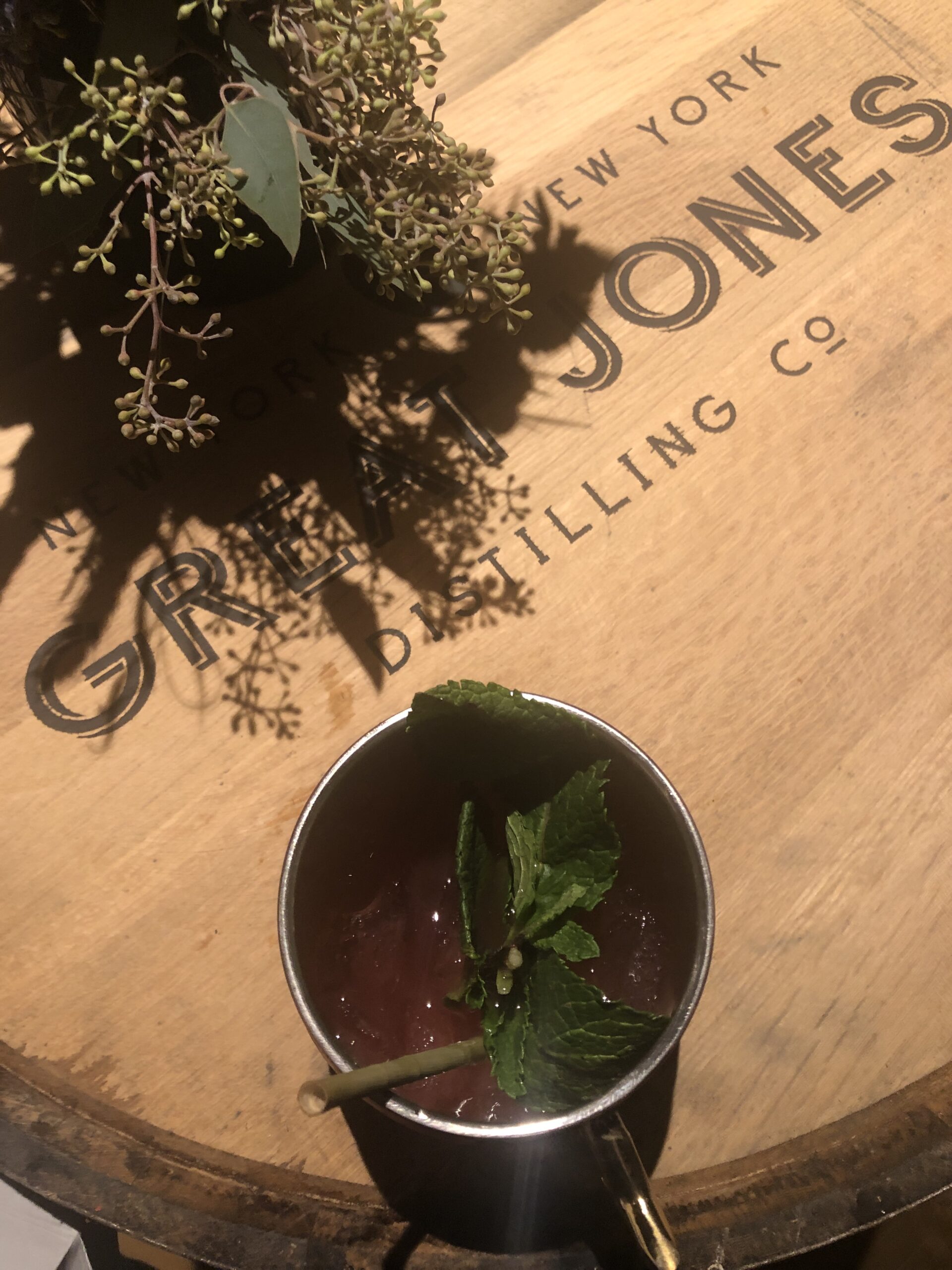 For more than 100 years, no whiskey distillery has called Manhattan its home. That changes this summer as Great Jones Distilling Co., Manhattan’s first and only legal whiskey distillery since Prohibition, opens its doors in NoHo.  I was super excited to be a part of the opening event, also it was probably one of the first major events I’ve attended since the pandemic.

I got to the location and walked to find a grand entrance with a beautiful copper still in parts and suspended from the ceiling. It was wow, amazing. They had a trio of musicians playing music. To me, this was one quick indication that we were in for a truly magical evening. As we continued going up, we went to the Tasting Room and had “Our Royal” cocktail, a twist on the classic Kira Royal with Great Jones Four Grains Bourbon.

Next stop, we went up to the distillery where we try the Saratoga Julieup made with Great Jones’ Straight Bourbon with light bites like porcini mushroom arancini and marinated figs. We signed one of the inaugural barrels and enjoyed the music being played on the floor.

Next up – we went upstairs to the lounge where we had a choice of Truffle Manhattan or a Lady Jones cocktail. Both her deliciously paired with desserts like their brown butter pecan cookies. There was a jazz band playing some timeless jazz classics – I particularly loved the Zou Bisou Bisou.

Before we did a whiskey tasting where we had 3 of their Great Jones expressions neat, we made our way to the speakeasy all the way downstairs. I had a mojito style cocktail and enjoyed the jazz music…

This distillery is a structural feat, with great drinks all around. Definitely a must-visit.