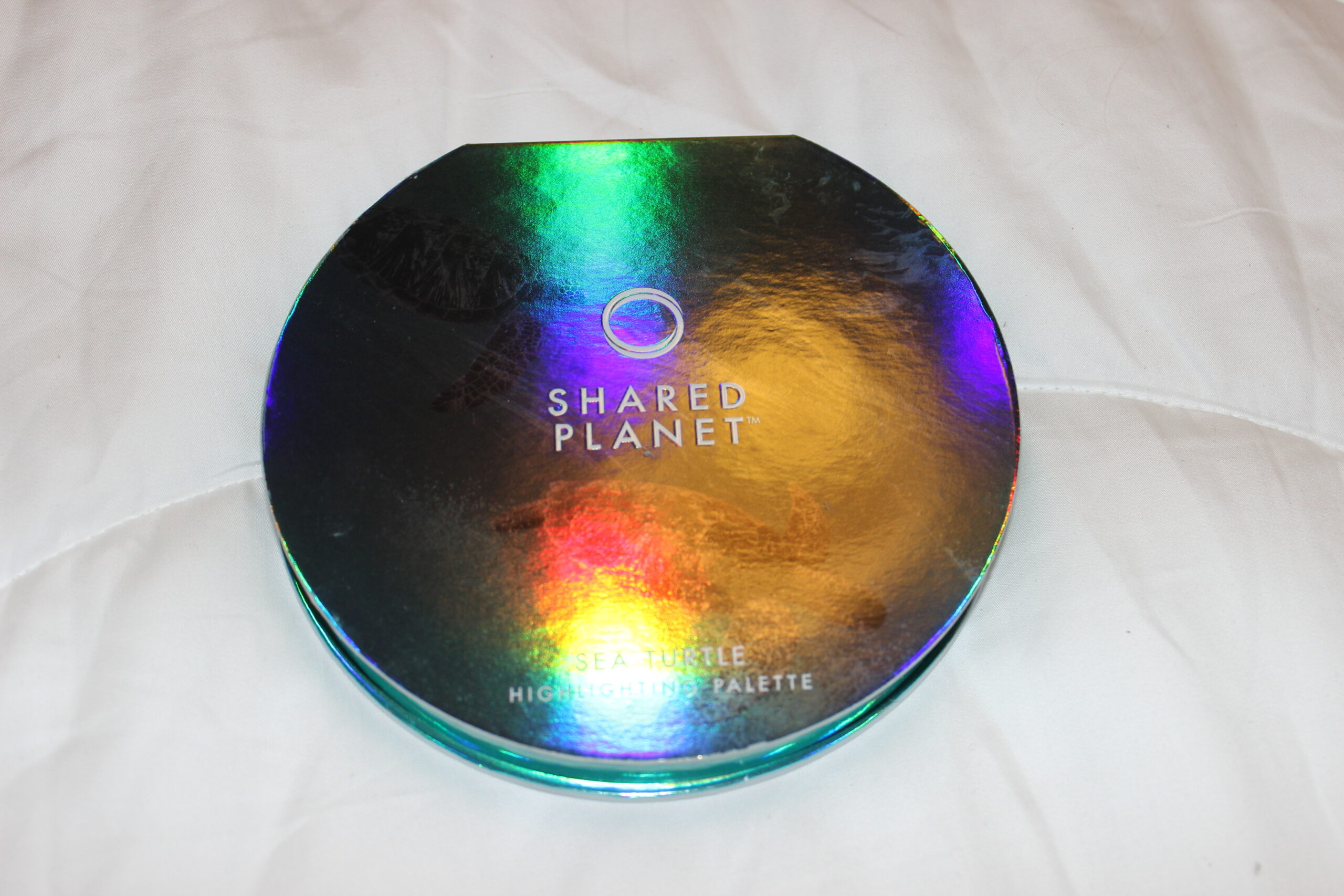 Shared Planet™, the vegan beauty brand known for creating color cosmetic product collections inspired by at-risk animals, today announced the launch of their newest product, a highlighting face palette inspired by the majestic Sea Turtle which is dedicated to its conservation and well-being.

This is the 3rd animal-inspired beauty collection for the young indie brand who launched in October 2019, solely to bring awareness to animals on the ‘to be extinct’ list.  Starting with their first two collections, Tiger and Polar Bear, the initial assortment included eye shadow palettes and lip glosses inspired by the colors of the two animals and their natural habitat.  The brand donates 10% of sales to its animal and habitat-related charity partners.

Sea Turtles play a vital role in preserving a healthy marine ecosystem.  As Sea Turtle populations decline, so does their ability to perform this critical function.  Shared Planet’s collection of shimmering, pearlescent highlighters is inspired by the colors of the Sea Turtle and was created to shed light on the plight of this animal.

The Shared Planet™ Sea Turtle Highlighting Palette contains 5 warm golden shades designed to complement all skin tones.  Each metallic hue imparts a sheer wash of color that melts into skin, layering together to create a natural, lit from within, radiance.  Dust over cheeks, brow bone, cupid’s bow, bridge of nose or any high point on the face or body for a multidimensional glow.

All Shared Planet is committed to keeping its use of plastics to an absolute minimum.  Our brand ethos is to be as thoughtful as possible with regard to anything we put out into the environment, including the packaging we crate.  For that reason, our palettes are made of paperboard and hand wrapped in foil paper.

“Ninety-nine percent of all species that have ever lived have gone extinct over the course of five mass extinctions, which, in the past, were largely a result of natural causes such as volcano eruptions and asteroid impacts,” said Aashna Sharma, Founder of Shared Planet™.  “Today, the rate of extinction is occurring 1,000 to 10,000 times faster because of human activity. The main modern causes of extinction are the loss of habitat due to deforestation and climate change.”

She continued, “There are also other threats to species such as the pervasive plastic pollution in the ocean.  A recent study found that 100 percent of sea turtles had plastic or microplastic in their systems.”

She continued, “There are also other threats to species such as the pervasive plastic pollution in the ocean.  A recent study found that 100 percent of sea turtles had plastic or microplastic in their systems.”

The Sea Turtle Highlighting Palette will launch exclusively on Sharedplanet.com in early-August, 2020, just in time for the summer season.  The palette will retail for $48.00 and as always, 10% of all sales will be donated to animal and habitat-related charities, including its newest charity partner, The Sea Turtle Conservancy.

Shared Planet™ (www.sharedplanet.com) is the first color cosmetics brand to put the pursuit of social and environmental change before all else.  The brand, and its products, bring visibility to endangered animals and donates 10% of proceeds to animal-related charities across the world.  Shared Planet™ has built its foundation on maintaining a vegan and cruelty-free status, and we partner with social media influencers, who are equally passionate about animals, who use their platforms to help spread awareness.