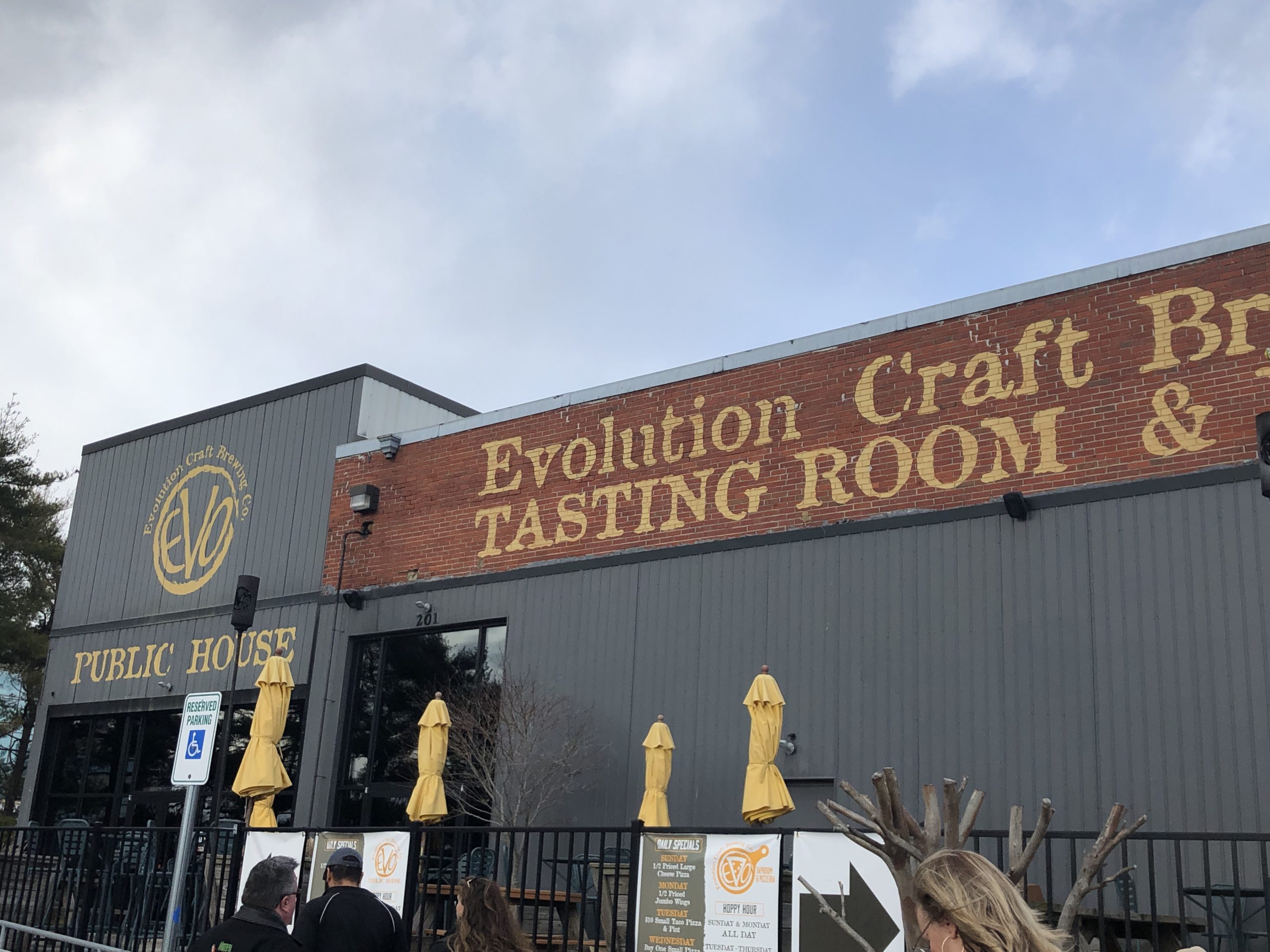 The next brewery we stopped at was Evolution Craft Brewing Co. in Salisbury, MD. This brewery doubles a public house and yes, we had some great eats with our brews.

When we got there we met with one of the brewers who showed us around this neat microbrewery. We saw the production area with all the tanks and the empty cans stacked up, which were fun to take photos against.

Then we went downstairs to taste the brews! I particularly enjoyed the Pine’hop’le IPA and the Day Crush. They paired up well with their pizza and mozzarella sticks.

What I liked about this brewery is that you can accommodate a party and the food and brews are good.