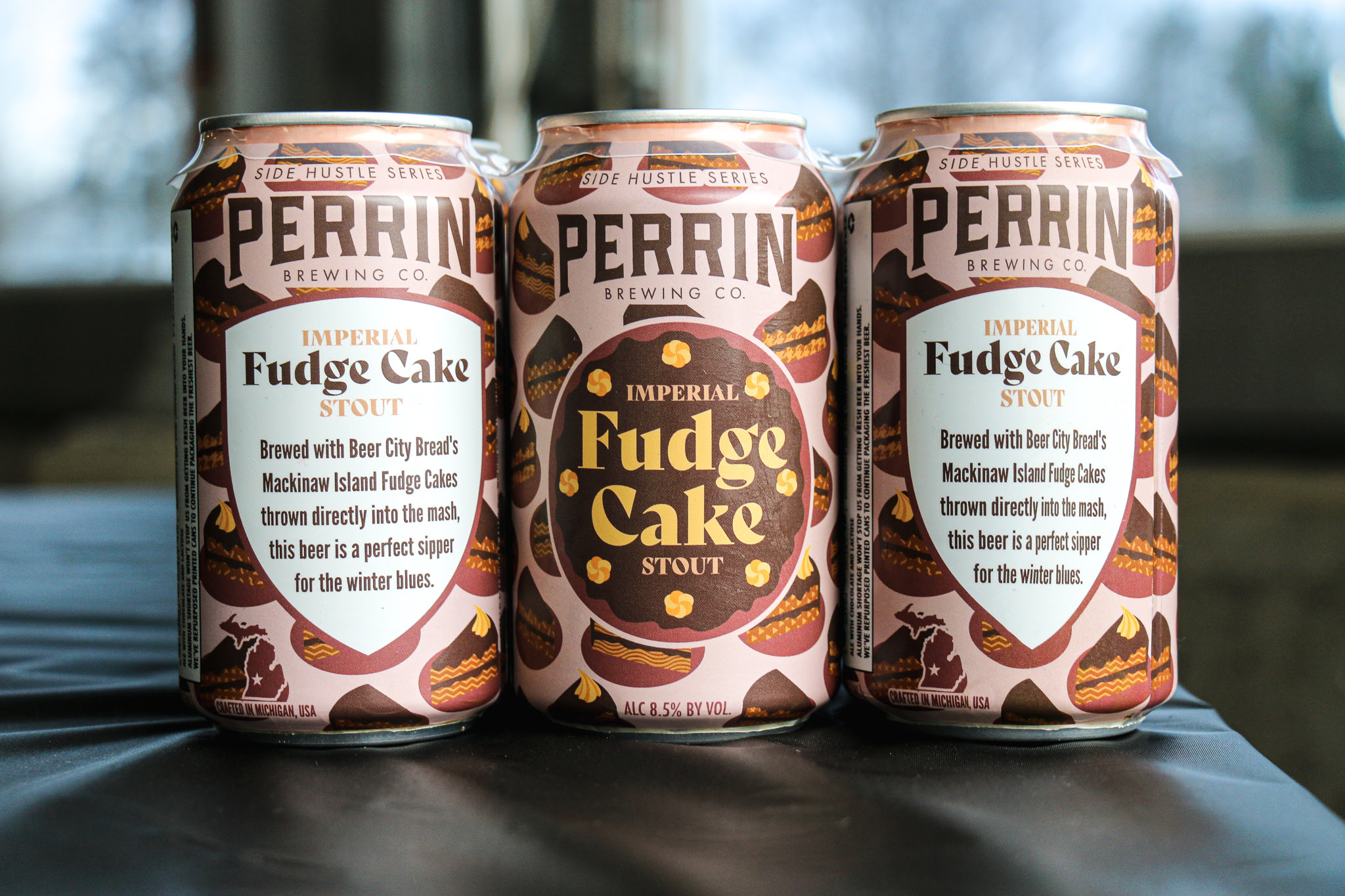 Imperial Fudge Cake Stout (8.5% ABV) was brewed in collaboration with local Grand Rapids bakery and restaurant, Beer City Bread Company. This beer was inspired by their mainstay dessert of Mackinaw Island Fudge cake. Several fudge cakes were dropped directly into the mash during the brewing process of this Stout. The addition of this extremely fudgy cake offers up notes of rich chocolate and sweet malty finish.

“It’s really fun working with something like Beer City Bread’s Mackinaw Island Fudge Cake. It’s such a delicious cake and emulating its flavors was a fun challenge – although throwing 10 cakes directly into the mash definitely helps!” stated Connor Klopcic, Director of Brewing Operations.

Mackinaw Fudge Cake and Perrin Imperial Stout – what an incredible combination to make a must try winter beer!” commented Stefan Fahlen, Director of Restaurant Operations. “It’s awesome to be able to collaborate with Perrin again to make another exciting beer! I can’t wait for everyone to be able to experience the flavors that come through in this new stout.”

Imperial Fudge Cake Stout is part of the Side Hustle series, a small batch program that allows Perrin’s brewers to creatively explore new ingredients and techniques. Perrin releases a new Side Hustle Series beer every other month.

Treat yourself to this delicious dessert brew before it’s gone

Teenager Period Cramps: How Much Pain Alerts to Medical Conditions? »