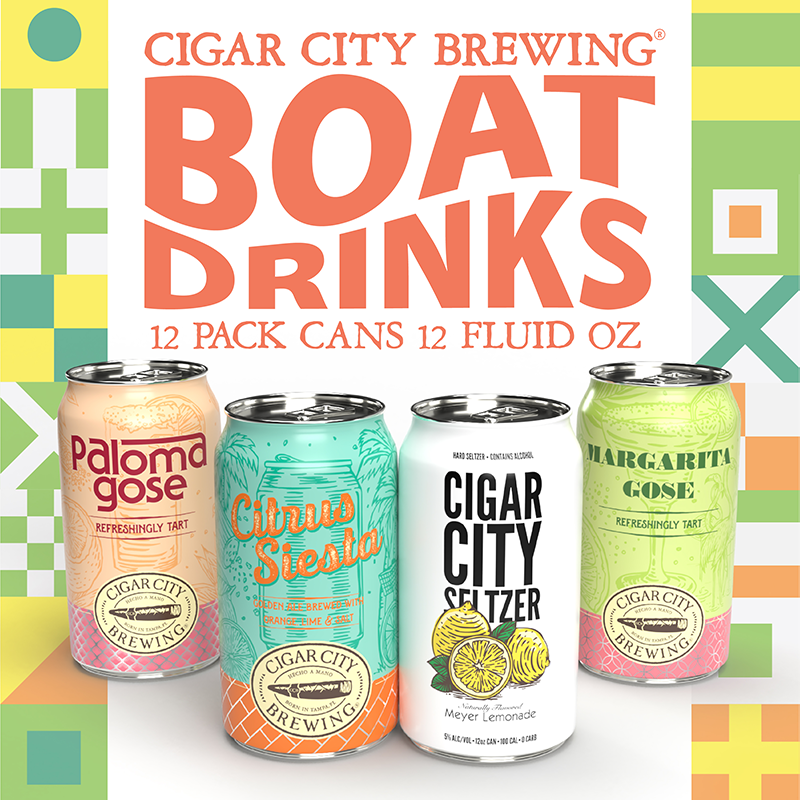 “Boat Drinks Mixed Pack is a great representation of CCB’s innovative thinking and our willingness to chart our own course,” says Maria Grieshaber, Brand Director for Cigar City Brewing. “We’ve found success with our original Mixed 12-Pack that continues to build, and Boat Drinks presents an opportunity for us to generate even more momentum. You don’t need to be on the water to appreciate Boat Drinks, but we anticipate this mixed-pack will give you that mindset, wherever you enjoy it.”

Visit Cigar City Brewing’s website for more information on Boat Drinks Mixed 12-Pack and the rest of its dynamic line-up of craft ales, lagers and seltzers.

« A Romantic Cocktail Recipe to Get Sparks Flying This Valentines