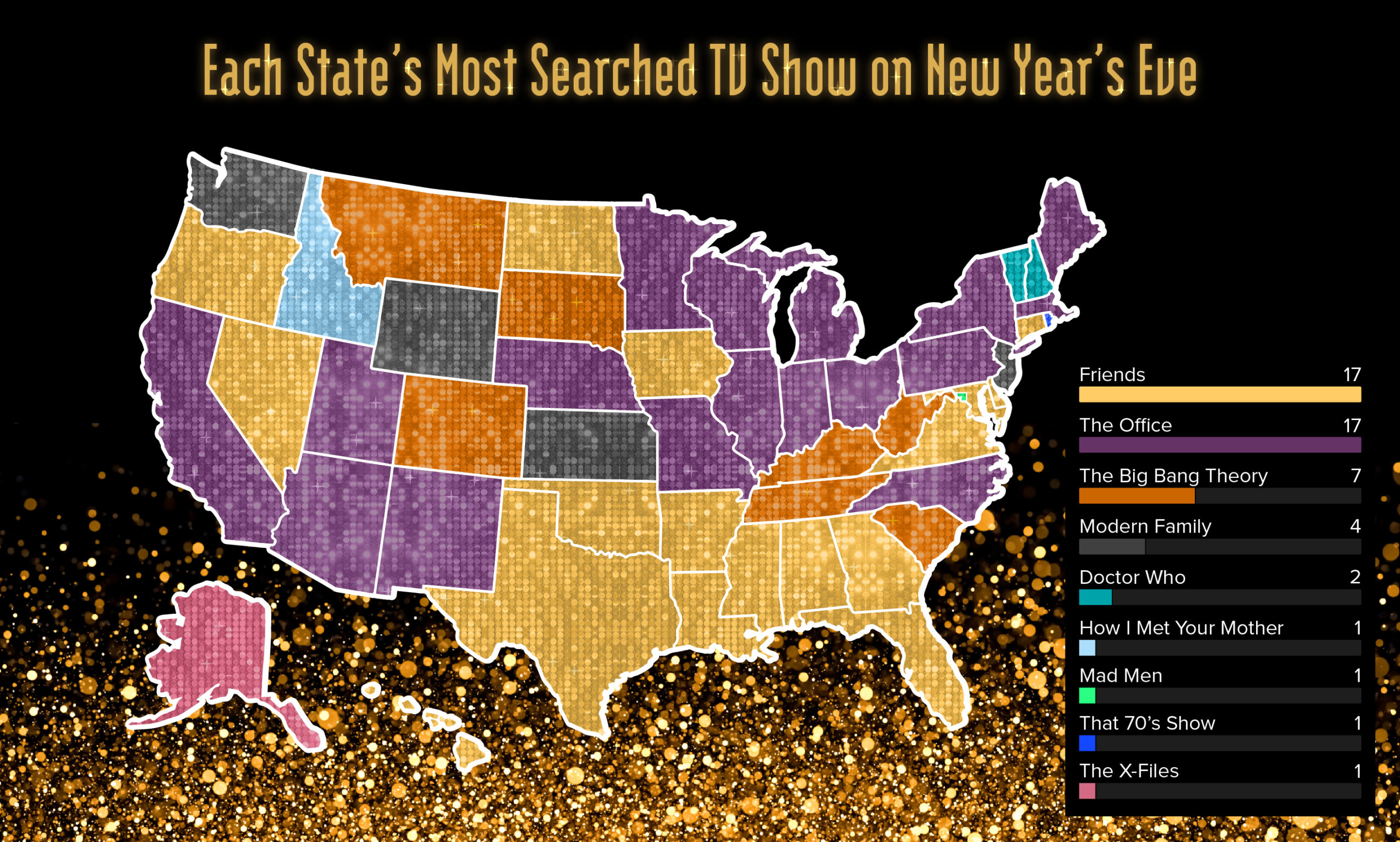 New Year’s Eve hasn’t come close to dominating the film industry like Christmas has, but TV shows and their New Year’s content have always come in clutch.

To find out which New Year’s Eve specials are most popular nationwide, our team at USDish put together the top 15 New Year’s Eve episodes based on viewership numbers and IMDb data.

When it comes to what each state binge-watches as the ball drops, New Year’s Eve episodes of Friends and The Office took the cake.

Here are some facts about New Year’s Eve episodes:

« How To Be More Confident